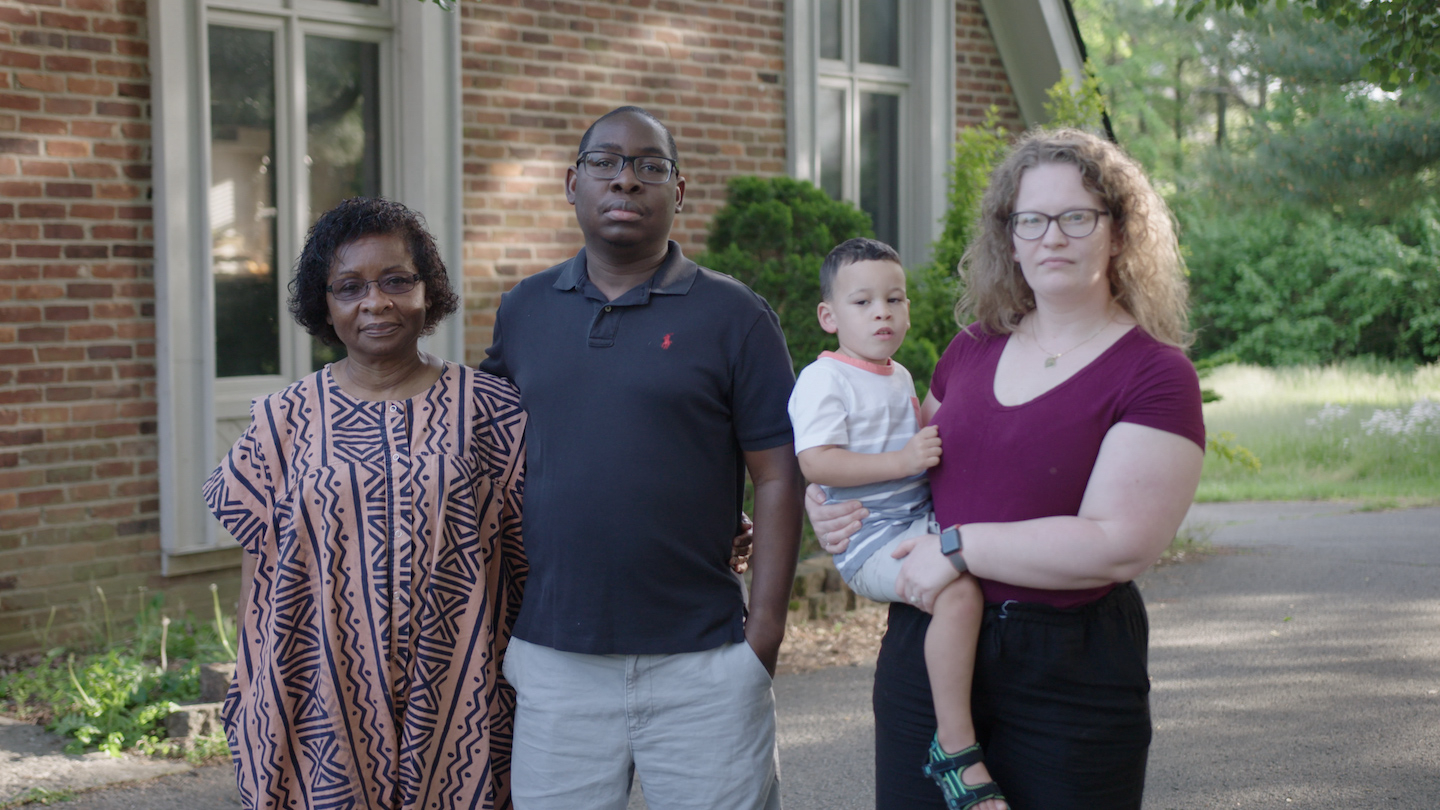 When children with sickle cell disease grow up, they face a system that is not designed for them

One night, when Paul Gakpo was 9 months old, he fell ill and didn’t want to eat. His parents became concerned and rushed him to a nearby hospital the next morning.

That was in 1984. Doctors discovered that baby Gakpo’s red blood cells changed from the typical donut shape to a half-moon shape, and what he felt was an attack of pain due to the sickle cell disease.

“I had foot and leg damage and could have lost my legs,” Paul said. “But luckily they were able to save… my ability to walk.”

Paul, now 37, said sickle cell disease was part of his life growing up in Kentucky. When the pain attacks hit, he ended up being hospitalized and having to miss school for days at a time.

His parents have always been very attentive to his health. They immigrated to the United States before Paul was born – his father from Ghana and his mother from Nigeria – and used their advanced degrees to pursue careers in academia. Throughout Paul’s childhood, his mother worked night shifts as a clinician scientist and his father worked day shifts as a teacher. This ensured that someone was always home to attend to any sickle cell crises that could arise at any time.

It was difficult, but Paul’s mother, Philomena Gakpo, remembers the system was designed to help. And they needed a lot of help. Paul’s identical twin brother Louis was also diagnosed with sickle cell disease and the two took turns in hospital due to their illness.

“One enters, then he leaves [and] the other follows. So we were in the hospital like all the time,” Philomena said. “We had very good, compassionate pediatricians… We didn’t really know what we were doing, but we had a lot of support.

For decades, sickle cell disease was considered a pediatric disease because it claimed the lives of so many young children. In 1970, more than one in four children born with sickle cell disease in the United States could expect to die before they are 5 years old. This changed when Congress took action to invest millions of dollars to establish sickle cell centers for children and to do more research.


Child mortality rate decreased by 68 percent in two decades. For the first time, the vast majority of sickle cell patients survived into adulthood.

It also meant that more sickle cell patients were bypassing pediatric care and finding themselves faced with a system that was not designed to meet their needs. The injections of federal funds have led to the creation of 168 pediatric sickle cell programs across the country, compared to only 49 sickle cell centers for adults.

So, while the situation has improved considerably for children, the same cannot be said for adults with the disease. A peer-reviewed study Examination of death rates for sickle cell patients between 1979 and 2005 found that while child death rates fell during this period, adult death rates increased by 1% each year.

Despite their best efforts, the Gakpos would find their family represented in these heartbreaking statistics.


An unpredictable disease with many uncertainties

When the Gakpo twins turned 18, they became estranged from their parents – and from the pediatric system that had cared for them so well.

“They arrived at the adult stage without transition. And then they were out of the house too,” Philomena said.

This had a cost for Louis Gakpo. His health took one hit after another in the years that followed.

When Louis went to the dentist for a wisdom tooth extraction, he ended up in intensive care for an 11-day stay due to complications from the surgery. While tooth extraction is an outpatient procedure for the most part, people with sickle cell disease require hospital follow-up. Philomena said that didn’t happen for Louis because the dentist didn’t coordinate with Louis’ hematologist.

A few months later, Philomena said Louis was not feeling well, but his sickle cell specialist was unavailable. So he went to see his primary care provider. Without specialist doctors coordinating her care, she said things deteriorated, quickly.

“I was the last person to see it,” Philomena said. “He died of complications from sickle cell disease. He had pneumococcal sepsis, which means he [had] sick for a few days. »


Many of the challenges faced by people with sickle cell disease can be attributed to systemic racism. The vast majority of sickle cell patients in the United States are black. The disease receives a fraction of the federal and philanthropic dollars that other less common genetic disorders receive.

This contributes to the lack of data and understanding of many complications of sickle cell disease, and a shortage of sickle cell specialists in many parts of the country.

The adult sickle cell system is difficult to navigate alone. And to make matters worse, some sickle cell patients have silent strokes over the years that can lead to cognitive problems.

“These can all affect memory and planning and the ability of patients to organize their medications and take them regularly,” said Dr. Brandon Hardestysickle cell hematologist at the Indiana Hemophilia and Thrombosis Center.

The ideal approach to caring for sickle cell patients, he said, is a holistic approach, involving a social worker and a psychologist. Such care is often only possible in comprehensive sickle cell centers.

But most sickle cell patients do not have access to these centres. So when they transition from pediatric to adult care, they often do so without that extra layer of support. 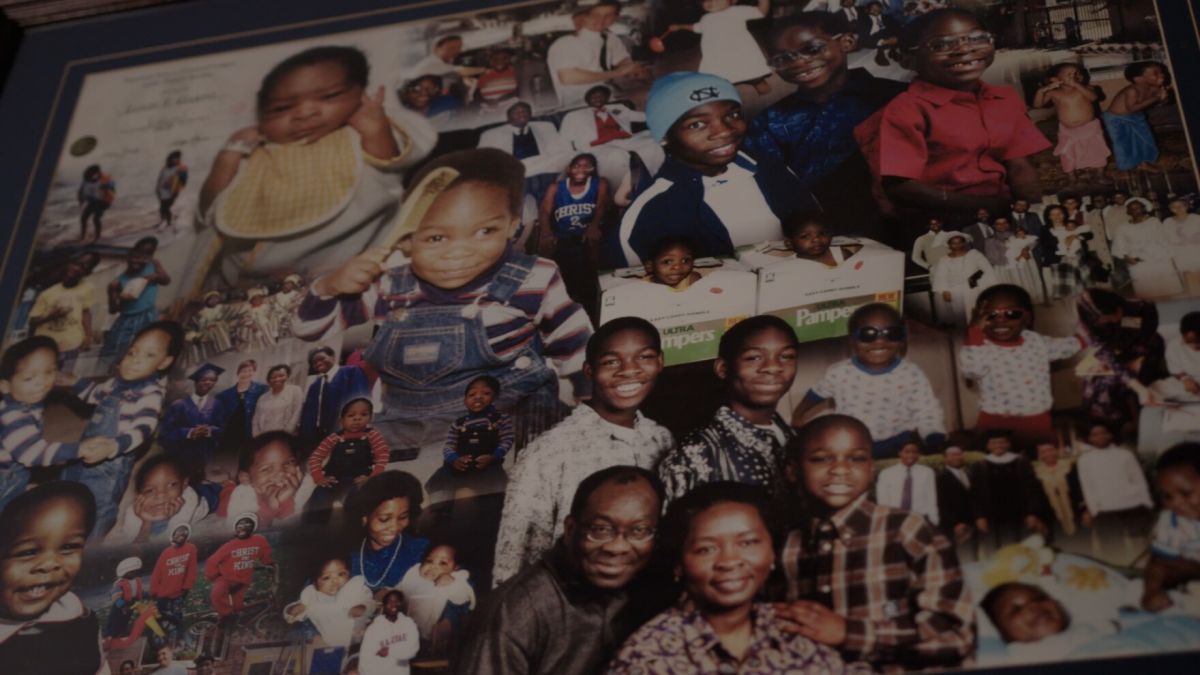 “When I go to the hospital, I’m scared”

For sickle cell patients, pain attacks – the hallmark of the disease – can occur at any time and with any frequency. Some people experience few pain attacks during childhood, then find that the complications of sickle cell disease increase as they get older.

Even with robust pediatric sickle cell care, many families stop seeing specialists if they find the child’s symptoms are becoming manageable, said Dr Julie Kanterco-director of the Lifespan Comprehensive Sickle Cell Center at the University of Alabama.

Others drop out of pediatric care because of structural barriers.

“So they haven’t seen their hematologist since they were 10 years old, and they start having sickle cell issues at 18 or 19,” Kanter said. At this point, they may struggle to find a vendor willing to support them.

Then, when seizures occur, she said, they may have no choice but to see a lay doctor, such as a family doctor or an ER doctor, who can prescribe them high doses of opioids for long-term use without addressing the underlying problem. complications of their disease.

By the time someone in this position connects with an adult sickle cell hematologist, they have lost several years of care, Kanter said, “and unfortunately, often [have] multiple complications that sometimes could have been avoided.

Previous negative experiences with healthcare providers may also prevent adults with sickle cell disease from seeing a doctor when they need one.

Things like, “patients report 10 out of 10 pain, but they watch TV…they joke…they sleep,” he said. “That tells you enough about how they feel about this pain and how quickly they are going to deal with it. And how are they going to interact with this patient.

Paul Gakpo said there were times when he suffered a pain attack and he felt like he was not taken seriously by doctors. The thought of going to the hospital causes him so much anxiety that he often puts it off for as long as possible, choosing instead to “resist” or try home remedies.

“So when I show up at the hospital, I’m scared,” he said. “I fear for my life at this point, that the only option I have is to go to the ER and, you know, hopefully I get what I need there.”

Today, Paul lives in Kentucky with his wife and son. He said the sudden loss of his twin brother and best friend to an illness they shared was a huge red flag.

Since Louis’s death, Paul has made sure to always have a sheet of paper with him. It’s his sickle cell treatment protocol, signed by his hematologist.

“[When] I come to the ER after they triage me, I just pull out my protocol, …give it to the doctors and, you know, ask them to follow that guideline,” Paul said.

He has copies everywhere: in his car, his backpack, his jacket pockets. Some are worn and tattered from being transported to so many places.

It’s his way of making sure he’s believed and cared for, to minimize the risk of things going wrong.


This story comes from a reporting collaboration that includes the Indianapolis Recorder and Public media on side effects, a public health information initiative based at WFYI. Contact Farah at [email protected] Follow on Twitter: @Farah_Yousrym.


Farah’s reporting on sickle cell disease is supported by a grant from the 2022 Impact Fund for Reporting on Health Equity and Health Systems at the USC Annenberg Center for Health Journalism.