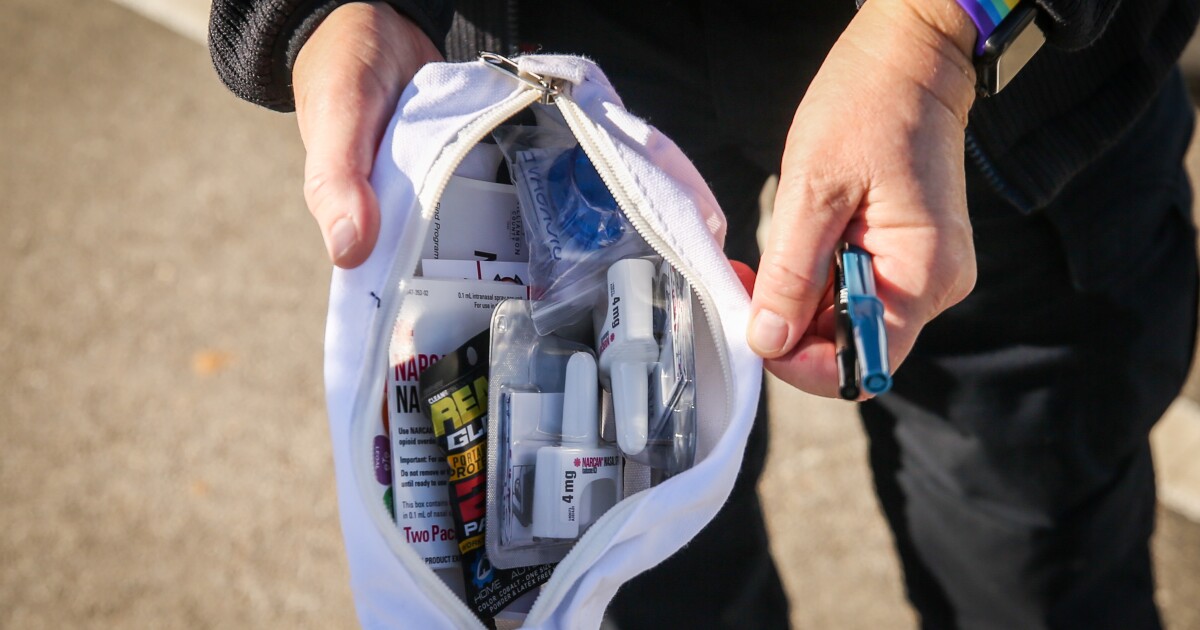 A team from UT Austin launches a platform that tracks drug overdoses across Texas.

As opioid and other drug overdoses increase in the state, researchers hope the program – known as Project CONNECT – will provide a more complete understanding of the state’s overdose crisis and help guide solutions. Texas has seen an approximately 30% increase in drug overdoses during the COVID-19 pandemic.

One obstacle to solving the problem is the lack of consistent and accurate data, says Kasey Claborn, principal investigator of the project and assistant professor at Dell Medical School and Steve Hicks School of Social Work. Many overdoses go unreported, and there is no statewide system to collect data on fatal and non-fatal overdoses.

â€œWe just have a dearth of data, especially in our rural communities, and we really have no way right now to actually track when the peaks are happening in real time,â€ Claborn said. â€œSo the point of this platform is to start doing it. “

The project is led by developers, designers and researchers from Dell Med and the School of Social Work. The team created a digital reporting platform called TxCOPE.org which allows people to anonymously report overdoses – fatal or non-fatal. The platform asks for the location, the type of drug involved, and some demographic information.

â€œAnyone can report an overdose,â€ Claborn said. “And we encourage people anytime you hear about an overdose to go to the TxCOPE platform and submit an overdose report.”

The data is then transmitted to organizations that work directly with those at risk of overdose to help inform community response efforts. For example, said Claborn, it can help these groups determine where resources like naloxone, a drug that reverses opioid overdoses, should be allocated.

“It will also help us give us a solid picture of the state as to where different treatment resources may be needed,” she said. â€œIf we see particular hot spots, we can, closer to real time, actually engage in action-oriented response efforts. “

At present, the data collected by the platform is not accessible to the public; the team initially focused on creating data dashboards for harm reduction groups. Researchers are preparing to roll out other phases of the project in early 2022, including public data dashboards, as well as digital platforms tailored for first responders and healthcare providers.

Organizations can also use the TxCOPE site to order supplies, such as naloxone, and access addiction and mental health resources.

In this first phase of the program, Project CONNECT is working with harm reduction organizations in Travis, Williamson, Bexar and El Paso counties. The team will expand to other organizations across the state early next year.

In the Austin area, leaders are trying to tackle a wave of overdose-related deaths. Last year, 246 residents of Travis County died of drug-related overdoses, a 35% increase from 2019.

At a press conference Thursday, Selena Xie, president of the Austin EMS Association, said overdose responses doubled during the pandemic as many people were unable to get their help and support. usual treatment.

â€œThe pandemic has created a lot of additional stress on people’s mental health, causing relapses,â€ she said. “Another category of things that we see is fentanyl and all kinds of drugs that people have no idea about.”

To raise awareness of overdoses, the Travis County Attorney’s Office is teaming up with local organizations to host a free music festival on Saturday called “Safer Together: Overdose Prevention & Harm Reduction Saves Lives.” The festival will feature concerts at the Green Jay, Empire Control Room and Mohawk starting at 8 p.m. There will also be resources to educate and connect people with information and recovery services.