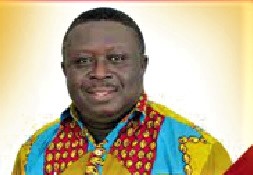 The System Frustrates Us – Physician Assistants

The association said recent events suggested the board was trying to curtail the number of physician assistants and cut some of the work they did in the past.

The association claimed that even the curriculum for physician assistants had been reviewed by the board so that some of the things they had been taught in the past that enabled them to perform certain duties had been removed.

The association therefore wishes to separate from the council in order to have a new regulatory body responsible for supervising the activities of its members in the country.

Speaking to the media after the opening ceremony of the association’s 19th Annual General Meeting in Kumasi, GPAA President Emmanuel Yaw Appiah said association members were not happy with what the council was saying, and that their members “want an exit from the Medical and Dental Council so that we can get our own regulatory body” in order to end disputes between the association and the council.

“The board is not ready to help these executives of professionals, so besides, we need an exit from the board so that we can get our own regulatory authority that understands us and recognizes us,” he said. -He underlines.

According to Appiah, the council has introduced a new scope of practice (SoP) to guide the activities of physician assistants, and that in this SoP, “some of the things that we have been taught to do in the past have been deleted”.

He said the new SoP was more or less trying to narrow the scope of PA work at a time when the demand for physician assistants was getting higher.

For example, he said, physician assistants had long treated urinary tract infections (UTIs) during pregnancy without any complications, “but now they’re saying we should refer those cases and not treat them.”

He said if the council had a problem with medical assistants dealing with UTIs during pregnancy, the best they could do was build staff capacity to better manage these cases rather than stop them.

“We don’t know what’s going on; if some people formed a cartel to bring down this group, we don’t know,” he lamented.

Mr Appiah said the profession faces many challenges, including lack of career progression and further education.

He said that once a physician assistant leaves school to join the profession, there is no clear career progression and courses to take to get up to speed.

He said that even when some members have specialized in other areas, “there is no recognition for them and no promotion.”

On top of that, he said, there were a large number of medical assistants who had graduated but were sitting at home because there was no financial clearance to employ them. .

Meanwhile, he said, other medical professionals were receiving government financial clearance to be employed.

Mr Appiah said they believed medical assistants were not being treated fairly and called on the government to allow the employment and posting of their members at sub-district level to assist in the delivery of health care. health.

He said the association was not oblivious to the financial challenges facing the country, but was of the view that the distribution of the workforce in the health sector should be done equally so that a profession “does not feel excluded as is currently the case”. .

Oheneba Prof. Boachie Adjei, the Hiahene of Asantehene Otumfuo Osei Tutu II, advised the members of the association to know their role in the medical field in order to stick to it.

He acknowledged the important role played by medical assistants in the delivery of health care in the country, especially in rural areas, and said that without them many health facilities in sub-districts would not be functional.

Despite this, he said there was a limit to what they could do.

Only complete and rapid system change can avert climate catastrophe