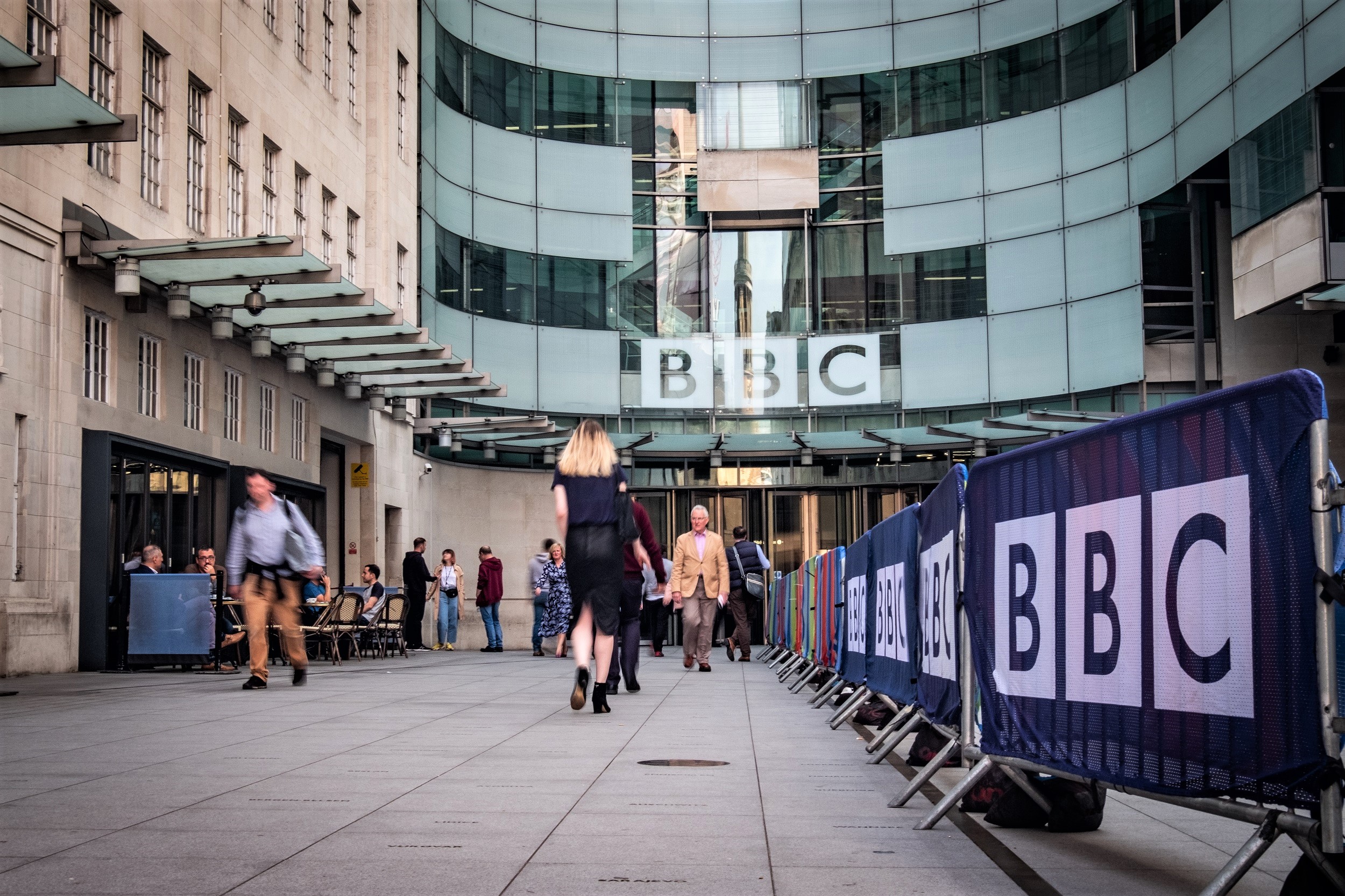 (September 1, 2022 / JNS) After Sir Salman Rushdie was attacked in New York last month by a Muslim bent on carrying out the 1989 Iranian murder fatwa against him, the BBC Deadline London program aired an interview with Palestinian commentator Abdel Bari Atwan.

Atwan said on the show that satanic versesRushdie’s satirical novel for which he drew the fatwa (“religious edict”) was “blasphemy” and “offensive”.

Rushdie, Atwan said, was “very, very cruel when he talked about the Prophet Muhammad and his wives”, which was also “very, very dangerous”. He added: “About 90% of people in the Muslim world believe that freedom of expression [is] practiced only to insult Muslims.

Deech, a former Oxford University law professor, wrote that “it is absolutely unacceptable to respond to comments with murder or violence”, and that Atwan’s comments “could amount to glorifying the terrorism”, a crime under English law.

The BBC dismissed his complaint, insisting that inviting Atwan to comment was “editorially justified” and that “if extreme views are expressed on the BBC, we will always seek to challenge them”.

Here, however, lies the catch. For the BBC’s definition of extremism is subjective, ideological and deeply flawed.

By giving Atwan a platform and standing by his comments, the BBC has adopted the attitude common in the West since Rushdie fatwa: genuflection to the claims of the Islamists on their religion which they enforce with murderous violence.

Their charge against Rushdie’s novel was that it was offensive to the founder of Islam, Mohammed, and therefore blasphemous. The same accusation was made against the satirical cartoons of Muhammad whose publication led to dozens of murders around the world.. It also led to censorship by most Western media of anything that Muslims considered offensive.

Along with the rest of the secular West, whose contempt for religious belief is exceeded only by its willingness to capitulate to Muslim demands, the BBC has internalized the claim that being offensive to Islam was a religious ban which should be respected.

The BBC therefore probably assumed that Atwan’s comments represented a legitimate point of view. The fact that such an interpretation inspires terrorist violence is a connection that with such cultural blinkers it would be unable to make.

Moreover, he has for years given Atwan a platform as an unbiased commentator, despite his virulent libels against Israel and his support for terrorism.

He called the Palestinian terrorists “martyrs”. On YouTube, he called The April shooting of three Israelis in Tel Aviv is a “miracle”. Last month, he claimed the 1974 massacre of Israeli athletes in Munich was not carried out by Black September terrorists, with Mahmoud Abbas among the planners, but by “Israeli Mossad agents and German police » ; and that Israeli acting Prime Minister Yair Lapid’s hands were “soaked in the blood of Palestinian children”.

Yet the BBC repeatedly uses Atwan as a respectable commentator. But then, when it comes to Israel and the Palestinian Arabs, the BBC almost always withholds any critical judgment it applies to other parts of the world.

Inverting the truth about victim and aggressor, it portrays Israel as a colonialist power oppressing Palestinians, taking away their rights and even their lives. His interpretation of impartiality seems to allow people promoting murder and hate to express such views because, in some parts of the BBC mindset, this is designed as a kind of resistance.

This is consistent with the leftist view that the West is an inherent oppressor and the developing world is its victim.

Complaints about the BBC’s grossly unfair reporting on Israel have been made for decades – and come to nothing.

In 2004, veteran broadcast journalist Malcolm Balen wrote a 20,000-word feature on coverage of the Israeli-Palestinian conflict that the BBC commissioned following persistent complaints of bias. The broadcaster then incurred enormous expense and effort to suppress the publication of this report, which never saw the light of day.

The Media Watch Group UK CAMERA tirelessly records the BBC’s extremely biased coverage of Israel. Recently, for example, this watchdog reported that for at least eight years the BBC has given a regular platform to Husam Zomlot, head of the Palestinian mission in the UK, to spout lies and libels about Israel without serious challenge.

This too reported that the BBC presented as “human rights activists” an individual who had been arrested three times for his activity in a terrorist organization, and another who promoted the Boycott, Divestment and Sanctions (BDS) movement and called Israel an “apartheid state.”

And that said that a report has been broadcast several times on the BBC World news television on possible deportations in the disputed territories reversed the sequence of events to create a grossly misleading impression and unfairly defame Israel.

The campaign group Honest reports identified numerous journalists working for the BBC’s Arabic service who made remarks on their personal Twitter accounts – all of which claim to be BBC employees – including describing Israel as a “terrorist” and “apartheid” state, arguing BDS and expressing the hope that Israel “collapses”.

It’s even though the BBC social media guidelines warn employees against discrediting the broadcaster by taking a particular position on any “controversial subject”. The company also has clarified that social media disclaimers are no defense against “personal expressions of opinion on social media which may conflict with BBC guidelines”.

The problem is, however, that along with the rest of the left, the BBC sincerely believes that it is indeed maintaining balance, fairness and objectivity. He believes he represents political central ground. This is why he axiomatically views his detractors as extremists who can be safely ignored.

And that’s why when it aims to provide balance, it tends to be just a token gesture. It can be one against two or three opposing points of view, for example; or give airtime to someone who defends Israel from the left and therefore fails to articulate the critically important facts that need to be brought to the public’s attention.

In short, the BBC represents a perfectly sealed system of thought.

I’ve struggled with this myself for years. I regularly appear on BBC current affairs programs simply as a token ‘right-hander’ – which in BBC/leftist parlance is code for an enemy of civilization – and I have almost no never the opportunity to respond to the lies told about Israel.

All this matters a lot. The BBC has a unique place in the world. His brand is considered the global kite brand of truthfulness and objectivity.

It plays a key role in creating Britain’s cultural climate. Over the past decades, those suffering from tyranny around the world have leaned on it as a beacon of truth that has given them the strength to resist.

This reputation is now being put to the test. The BBC is the broadcast arm of the intelligentsia, which is now overwhelmingly and aggressively left-wing and determined to quash dissent. The British public became increasingly appalled at the breakdown of BBC objectivity at all levels, taking editorial standards with it.

The fact is, however, that the BBC was once a titanic cultural force because it represented a nation that knew what it was. The British admired, appreciated and wanted to defend the principles that united everyone in a common national project. The BBC helped provide the cultural glue.

Now that cultural cohesion has fragmented into groups vying for power and control under the destructive force of identity politics. The BBC’s bias will not be corrected unless and until Britain stops its slide from the edge of the cultural cliff.

Melanie Phillips, British journalist, broadcaster and author, writes a weekly column for JNS. Currently a columnist for ‘The Times of London’, her personal and political memoir, ‘Guardian Angel’, has been published by Bombardier, which has also published her first novel, ‘The Legacy’. Go to melaniephillips.substack.com to access his work.