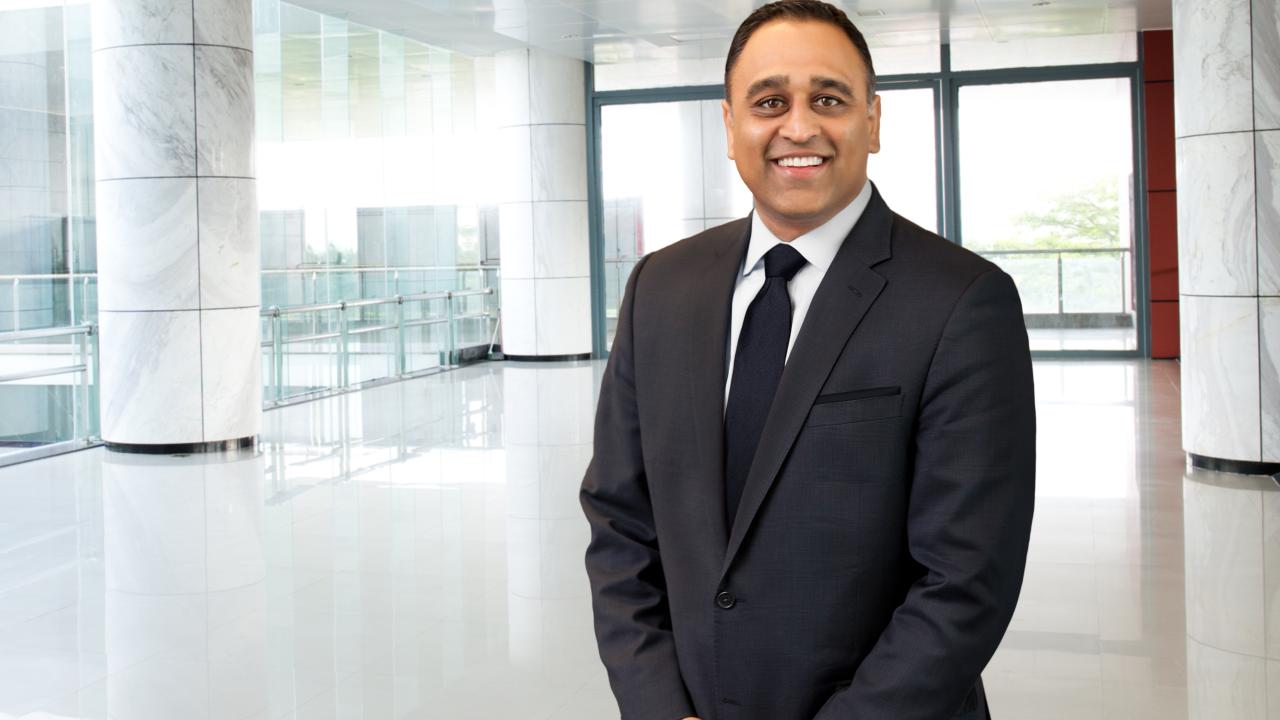 The CEO of the health system listens to doctors. He has to, it’s his family.

Ketul J. Patel, CEO of the Virginia Mason Franciscan Health system headquartered in Puget Sound, has “MHA” and “MBA” degrees after his name – not “MD” or “DO” – but he has spent his entire life closely observe the field of health.

Born in Kenya to a doctor father and nurse mother, Patel was eight years old when his family moved to the United States in 1979 and settled in Johnstown, Pennsylvania. While her brother Himanshu became a doctor like their internist father, Ketul followed a different career path while remaining in the healthcare field.

A combination of not feeling energized by the chemistry and biology classes and the guidance he received while working as a research assistant to Christian Anfinsen, PhD, one of the Nobel laureates in chemistry from 1972, made him realize that there were other opportunities available.

“One piece of advice he gave me was: always follow where you think your skills are best,” Patel recalled, adding that after taking undergraduate graduate-level health administration courses , “I just found my way in this way.”

This path led him to Seattle and Virginia Mason Franciscan Health (VMFH), a member of the AMA Health System program.

In addition to being the CEO of VMFH, Patel is also the President of the Pacific Northwest division of VMFH’s parent company, CommonSpirit Health, which was formed through the alignment of Dignity Health and Catholic Health Initiatives (CHI). He was working as CEO of CHI Franciscan Health in Tacoma when CHI Franciscan and Virginia Mason merged and he shared the role of CEO of VMFH with Gary Kaplan, MD until December 2021.

“When I arrived at CHI Franciscan in 2015, it was a very strong community hospital system, with over 1,000 providers, physicians and non-physicians, and had a huge geographic reach,” Patel said. . “Anchored in Tacoma, we reach the Olympic Peninsula and the shadow of Seattle, but not Seattle.”

In December, the Leapfrog Group named Virginia Mason Medical Center one of 149 top hospitals in the nation for excellence in patient safety and quality of care based on drug safety, surgical outcomes, infection rate and other similar parameters. In the fall, Leapfrog gave the facility an “A” grade for hospital safety for the 20th consecutive time. Four of the other hospitals in the system also received consecutive “A” grades.

Virginia Mason’s history as a quality leader and its geographic location made it an attractive collaborator for CHI Franciscan in joint ventures that ultimately led to the merger and creation of the system of 11 hospitals with more than 300 sites of care.

“Their journey and the story of their patient experience was unlike any I’ve seen in my career,” he added. “And obviously having a geographic presence in downtown Seattle was really important to us.”

Doctors have always had his ear

Doctors have always had his ear

Through it all, her parents and her brother, now the head of adult heart surgery at the University of Michigan Health System, offered her guidance.

“I have two really great voices that have always been in my ear,” Patel said. “I think I’ve really benefited from having all these clinicians around me, giving me advice.”

Over the past year, he has also received valuable insights from Dr. Kaplan.

“Gary is an industry icon, and he established the platform by focusing on quality,” Patel said. “The phrase he’s always used is, ‘If a family member comes into your organization, are you creating the experience that you want your family member to have?’ And that says a lot about who he is.

Although having two CEOs is not the norm, Patel explained that VMFH makes extensive use of the dyad system where physician leaders are paired with administrators to develop plans and programs.

“That way you don’t pit doctors against administrators,” he said. “You have physicians who collaborate with their partner in the administrative dyad, share goals and focus on results. They are not in silos.

COVID-19 vaccine reminders for all adults: What doctors need to know

The stress of the COVID-19 pandemic has created concerns about adequate staffing across healthcare and VMFH is not immune. It became the focus of Patel’s short-term attention, with the solution being to pursue Virginia Mason Franciscan Health’s long-term strategy to recruit and retain employees.

“We have to make sure we create the right culture where people will want to work and continue to work for many years to come,” Patel said. “People come to work in places where they feel part of the decision-making process and the fabric of the organization. We want to continue to build this culture.

A long-term goal is to work on health equity and access, work the Sisters of St. Francis of Philadelphia began when they opened St. Joseph’s Hospital in Tacoma in 1891.

“During the pandemic, we saw that there were huge inequities in terms of access to health care,” Patel said. “More than 130 years ago, our sisters made the journey from Philadelphia to Tacoma to open health care facilities to care for those in need and vulnerable.

“The pandemic has shown that there are huge opportunities for us to close the gap in terms of access to health care, and this is a key part of our journey at Virginia Mason Franciscan Health – to continue to grow access to care for the populations most in need,” he added. “It’s something our board is focused on, and it’s definitely something I, as CEO, will be focusing on.”