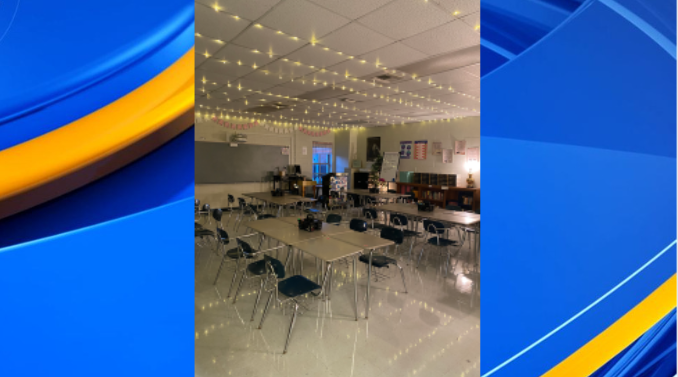 Teacher cites Uvalde, CRT obsession and ‘a broken system’ as reasons for leaving the profession

ETOWAH COUNTY, Ala. (WIAT)— In late May, Danielle Waddell-Cranford removed “the fun lights” that had lit up her students’ faces all year. She packed up her collection of books, the notes her students had written to her, and the pictures they had drawn throughout the year. She looked around her empty Etowah High School classroom, she said, and left for the last time.

Cranford is one of many Alabama teachers who choose not to stay in the profession after only about a year in the classroom.

Cranford, 26, started teaching in August 2020, at a time when educators around the world were shifting to online teaching in the wake of a global pandemic. Despite the challenges, Cranford said she loves her job.

“There was a little less pressure back then because everyone knew we were just trying to get by,” Cranford said. “I was also starting to get my feet wet and feeling comfortable in class.”

When Cranford’s second year of school came around, things got tougher. Cranford has begun to better understand, she said, the additional expectations that are placed on educators outside of the teaching for which they are trained.

She began to see that learning was not central to our educational institutions as she had hoped.

“I couldn’t focus on the things I wanted to do, like teaching kids to write and speak properly,” she said.

Instead, she said, leadership focused on fixing minor behavioral issues, enforcing dress codes and obsessing over other non-educational outcomes.

“If a girl shows up to my class and has holes in her jeans, I don’t tell her to put tape on them or call home,” Cranford said. “It takes longer for her to learn than for me to let her sit there.”

Cranford said outside events also impact his ability to be effective in the classroom.

She said the political obsession with “critical race theory” made her more hesitant to openly discuss race, even if the topic was on the state-approved curriculum.

Such was the case when Cranford and his students read “Warriors Don’t Cry,” a memoir by Melba Pattillo Beals recounting her experience integrating into Little Rock’s Central High in 1957.

“I teach in a very conservative field, so I get nervous talking about race,” she said. “And I want to make sure my students of color feel safe and protected in my classroom.”

She said she was never approached about the content of her classes, but the political climate affected her.

“It was always on my mind,” Cranford said. “Am I going to be the reason this book gets pulled from the program? Am I going to say something wrong? »

For Cranford, the mass shooting in Uvalde, which resulted in the deaths of 19 children and 2 adults, was further confirmation that she had made the right decision in walking away from the classroom. She said the talk about arming the teachers shocked her.

“We don’t trust our teachers to teach our students whatever the content, but we want to give them weapons to protect them? Cranford asked. “It’s just one more thing on their plate that they have to deal with.”

She said she felt like she had to leave the profession because the American education system is “deeply flawed, broken and inefficient”.

Cranford wrote about her decision, explaining, as she said, “Why am I quitting.”

“Don’t be afraid to walk away from something when you know it’s not right,” Cranford wrote. “Sometimes it’s time to stay and fight, but you have to know when it’s time to go.”

Cranford is not alone in her decision. According to state statistics, less than half of new teachers stay in the profession for three years or more.

“Fewer than 20 school districts in Alabama have a teacher retention rate for the first time above 60% since 2016,” a state report said.

Cranford said if political leaders want more teachers to stay in the profession, they need to better understand the challenges they face in the classroom.

“When you’re not in a classroom every day, you think the answers are simple,” she said. “We can just ban this or say that or do this and poof, the problem is gone.”

Political leaders and administrators must also listen carefully to the needs of teachers and students.

“They have some really great ideas on how to make things better,” she said.

Stay up to date with the latest breaking news, weather and sports! Download the WGNO News app and subscribe to our daily newsletter.