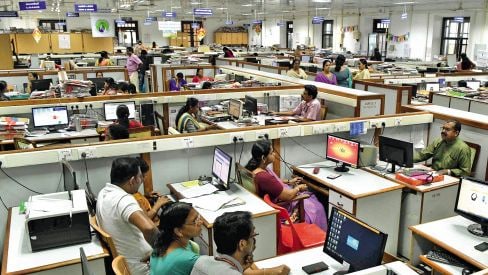 eTR-5 will work alongside the existing system in taluk-level offices until June 15 and in other offices until June 30. This was done to help civil servants get used to the new system. Thus, the state plans to speed up the process and promote a hassle-free transaction for people. Starting July 1, eTR-5 will completely replace the state’s paper-based system.

The new system operates through the newly adopted E-Treasury module (etr5.treasury.kerala.gov.in), a platform that collects and manages all receipts received by government offices. Government employees can collect fees from people and remit them to government offices via any internet-connected computer phone. The person will also receive a message on the phone regarding the fees paid into the system. In addition, senior officials can also review money collected from offices. Field agents can also collect fees in remote locations using their mobile phones. Thus, a large amount of wasted time on fee remittance can be avoided.

How Tanzania can revamp its outdated higher education system