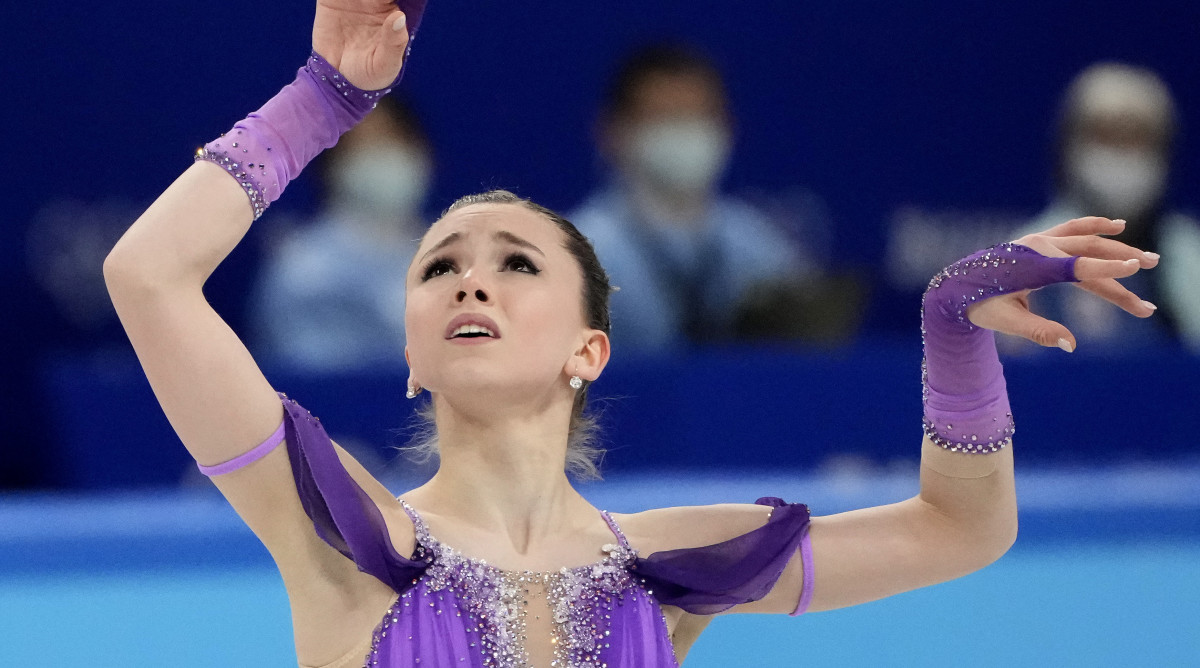 BEIJING — Finally, a break to talk about Russia cheating at the Olympics! This time it is Russian Olympic Committee cheating in the Olympics.

Eight years after Team Russia implemented a sophisticated state-sanctioned doping program that involved passing dirty samples through a hole in a wall, and two years after being punished in front of s calling by a ridiculous acronym containing the word Russia and carrying a version of the Russian flag, we start again. It’s hard to believe that these crippling sanctions haven’t taught Russia a lesson!

The International Testing Association confirmed on Friday that 15-year-old Russian figure skater – sorry, ROC – Kamila Valieva had tested positive for a banned substance called trimetazidine. It is most often prescribed to treat angina, chest pain caused by a heart not getting enough oxygen, a condition that is not common in teenagers. Most of these drugs work by reducing pressure on the heart; trimetazidine increases blood flow to the heart. This could be helpful if your heart is engaged in, say, vigorous exercise.

The World Anti-Doping Agency defines trimetazidine as a stimulant and has banned its use by competitive athletes since 2014 and at all times since ’15. Chinese swimmer Sun Yang, a three-time Olympic gold medalist and 11-time world champion, served a three-month doping ban in 2014 for using it; he said he was treating heart disease.

According to the ITA, Valieva was tested on December 25 during the Russian national championships. His sample was not tested until February 7, when it came back positive. In the meantime, she had competed and helped win the team competition at the Olympics. The Russian Anti-Doping Agency automatically suspended her provisionally. She asked for a hearing; the next day, RUSADA lifted it.

It’s true: the Russian Anti-Doping Agency, which, according to the 2016 McLaren report, which spent much of its business as the Russian pro-doping agency, identified that a Russian athlete had doped, then unilaterally announced that in reality she did not had not done.

The International Olympic Committee – and let’s make sure we don’t shirk its responsibility in all of this – announced on Friday that it would appeal the decision to the Court of Arbitration for Sport. The International Skating Union announced it would also appeal, as did WADA. Pretty much the only organization left to join the call is NATO. Valieva is then scheduled to compete in the women’s individual event on Tuesday; the CAS hearing this weekend will determine if she can participate. She is the big favorite for gold.

ROC released a statement noting that Valieva tested negative before and after Dec. 25, including at the Games. (All performance-enhancing drug users, of course, test negative before and after testing positive.) ROC’s official Twitter account asked followers in Russian to show their support and “let Kamila feel your love.” . The Russian skaters declined to comment after competitions and declined to make themselves available to the media after practices. Valieva liked Instagram posts defending her.

During this time, none of the skaters received their medals from the team event. Officials have postponed the medal ceremony, originally scheduled for Tuesday, until they can determine who should get what. The American skaters, who finished second, were standing in the hall that evening, waiting to be picked up, when they were told to come upstairs and change their uniforms. Almost all of the news they’ve received since has come from Twitter.

The whole thing veered beyond absurd and hilarious, unless of course you’re an Olympic figure skater wondering if your competition’s results are legit and remember we’re talking about ‘a child. Most modern skaters are too well trained to complain publicly, but American skeleton athlete Katie Uhlaender has nothing to lose: she finished fourth in Sochi by four hundredths of a second. The third was Russian Elena Nikitina, who was one of 28 Russians the IOC later banned for life and stripped of their results. Two months later, the CAS – an organization whose appeals division was once led by IOC President Thomas Bach and is currently headed by former senior IOC official John Coates – reinstated them. Given this level of cross-pollination, couldn’t the IOC really have foreseen that its decision would be reversed?

Either way, that meant no bronze for Uhlaender, who expressed his disappointment with the system on Friday.

“It’s not independent,” she told reporters. “None of this is independent. Everything is managed by the IOC. It’s really hard to have faith in a system that failed so badly in 2014.”

The Games are a treasure. The people running them don’t deserve them. There are so many victims of this neglect, from fans to Valieva’s opponents to Valieva herself. Anything short of his expulsion from the Olympics will send the same message the IOC has been sending for years: you can break the rules as long as you are a powerful country. Otherwise, we’ll see this again and again – from Russia, or the ROC or whatever they’re forced to call themselves next.

More Olympic coverage:
• Super-G reminds Mikaela Shiffrin that she is still who she thought she was
• Chloe Kim avoids pressure traps in Beijing
• Jordan Stolz, 17, is America’s next speed skating star