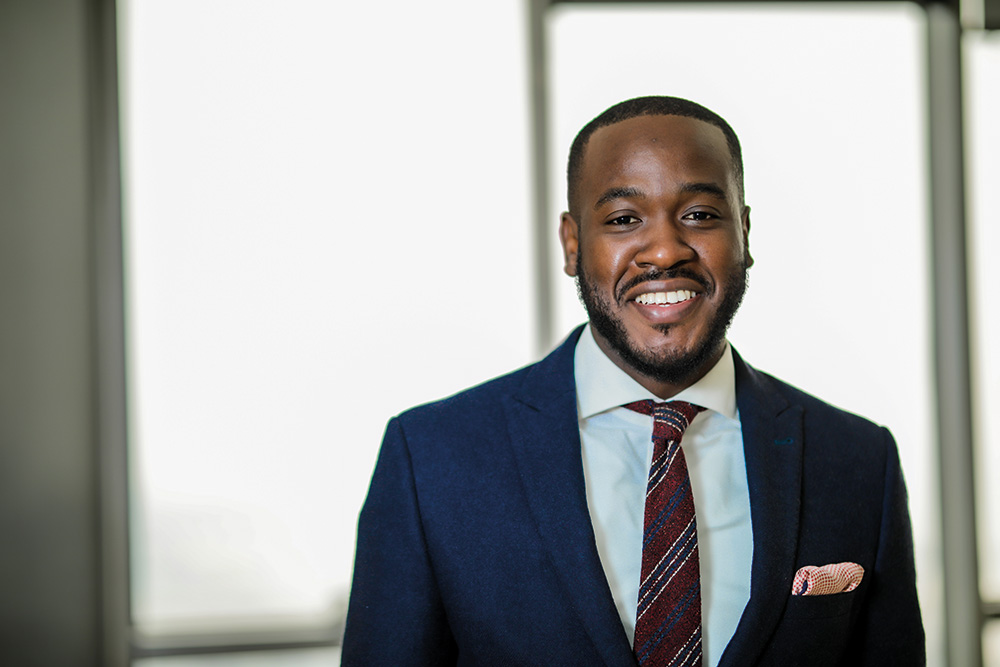 For most Nigerians, June 12, 1993 – Democracy Day – is a date that brings back bittersweet memories.

We remember when, after 14 years of military rule, Nigerians participated in what is, to date, considered the freest and fairest presidential elections ever held in the country.

Unfortunately, the results of that election were overturned and the country was plunged back into six more years of military rule.

This year’s Democracy Day was marked by pockets of peaceful protests across the states of the Federation. Citizen frustrations stem from growing insecurity, food inflation, widespread corruption in the public sector, the recent ban on the microblogging site Twitter, and poor governance at all levels of government. Most citizens believe that all three levels of government – federal, state and local – performed below average. In recent times, there has been more emphasis on the role that local governments can play as the government closest to the people.

Ironically, the idea of â€‹â€‹the local government system is to bring government closer to the people. Nigeria’s system of local government can be traced to the Native Authority Ordinance of 1916, which was adopted by the British colonial government to take advantage of the traditional administrative systems existing in various regions now known as Nigeria.

Although rejected by the Eastern and Western regions for its undemocratic character because it did not correspond well to the traditional administrative system of these regions, the ordinance remained in force until the Richard Constitution of 1946, which introduced new regional assemblies.

â€œThere is also serious concern about the caliber of those elected as chairmen and officers of local government councils. “

In 1950, the Local Government Ordinance was adopted. It introduced democratic values. It also marked the beginning of federal and regional dominance over local government, which was evident throughout colonial rule and continued from the postcolonial era to contemporary Nigeria.

The current system of local government dates back to the reforms of 1976 and 1988. Currently, there are 768 Local Government Zones (LGAs) and six regional councils in Nigeria, for a total of 774 LGAs in Federation States. Although local governments are a creation of state law (which defines the structure, finances, and composition of zones), the National Assembly must make consequential provisions to the Constitution before a new local government takes place. be recognized.

Local authorities do not determine the amounts allocated to them. Each state’s House of Assembly is responsible for determining the statutory allocation of public revenue to local government councils within states.

The functions of local authorities are set out in the fourth annex of the Constitution. The functions are simple and generally devoid of complexity. Duties include reviewing and making recommendations on the economic development of states, construction and maintenance of roads, streets, street lighting, drains and other public thoroughfares, supply and maintenance primary, adult and vocational education, the development of agriculture and natural resources (except mineral exploitation) and the provision and maintenance of health services.

In addition, local communities have the power to modify decrees and impose taxes on all areas within their jurisdiction (television and radio licenses, cemeteries, cemeteries, outdoor advertising, sewage disposal and refuse) .

Many Nigerians feel detached from the government. If the idea of â€‹â€‹the local government system is to bring government closer to the people, then the system is not working by fulfilling its main purpose. Local governments barely build roads in Nigeria. At best, local governments apply coal tar or gravel to make the road surface suitable for vehicles. The same applies to streetlights; over 90 percent of the roads are poorly lit. In the rare cases where street lights can be found, the materials used are usually of inferior quality.

In the rare cases where local governments have completed projects such as public libraries, slaughterhouses, places of professional learning, etc., these initiatives are usually still dilapidated due to a poor culture of maintenance.

When it comes to the revenue-generating powers of local governments, most residents claim to be overburdened by the multiple taxes and levies imposed by various local government officials and agents.

According to the website of the Lagos State Inland Revenue Service (LIRS) – the fiscal authority of Nigeria’s economic hub) – local governments are authorized to collect 21 taxes and levies, including stores, kiosks, markets, signs , advertising, radio, television and radio. licenses and tariffs.

Likewise, according to a recent study by PwC on the average cost of compliance for micro, small and medium-sized enterprises (MSMEs) doing business in Nigeria, 51 percent of respondents in Abuja and Lagos report paying (28 percent). percent) or sometimes (23 percent) pay unofficial levies or fees to local governments. These unofficial fees are estimated to be sometimes up to 10 times the official rates.

There are also concerns about the lack of transparency from local governments on how the funds raised are used. According to one respondent, “the local government has not released information on fee expectations, they are knocking on the door and charging exorbitant fees.”

In the same survey, 31% and 29% of respondents in Lagos and Abuja respectively say they do not know what the fees are for. In many cases, local government officials do not issue receipts. There is no central database where local governments publish their annual budgets.

There is also serious concern about the caliber of those elected as chairpersons and officers of local government councils. The criteria for admission to local government council offices are quite low. To be eligible to compete for president, a person needs to be educated only up to at least high school level. Interestingly, the criteria do not require the person to pass or successfully complete the school certificate exams. For this reason, many wannabes are not enlightened and in some cases are political thugs used by politicians in elections. The character of some of the elected or appointed chairmen of local government councils is questionable.

Most of the challenges faced by local communities stem from a lack of autonomy. Ideally, each level of government should be independent and should be allowed to exercise its constitutional functions without any form of restriction.

For their part, local authorities argue that, by virtue of their organization, they are not autonomous in the areas of finance and operations. Many local government councils claim that funds that are constitutionally due to go to them are withheld by their respective state governments. As a result, local governments are hampered in exercising their constitutional roles.

In many cases, state governments have refused to hold local elections in local government councils. Instead, state governments, as political favors, appoint acquaintances and party followers as gatekeepers. It eroded any semblance of a merit-based system that a democratic process would have provided.

As a result, local governments operate at the whim and whims of state governors who use them as an extension of their rule in a state.

To restore citizens’ confidence in the local government system, existing laws – for example, the constitution – must be amended to give financial autonomy to local governments. The funds allocated at the central level should go directly to local governments instead of going through the states. Existing anti-corruption agencies can investigate and prosecute agents for any misappropriation of these funds.

The minimum qualification to run for a post in local government needs to be reviewed. The bar must be raised. Setting a minimum standard for graduating from college doesn’t guarantee success, but it does help weed out political thugs and disbelievers.

State governments should play a supervisory role and should not usurp or dictate the day-to-day operations of their local governments. State governors can also prosecute any officer indicted for embezzlement of public funds handed over to local communities.

State governors should be prevented from intervening in local governments, especially when leaders are elected on the platform of a political party different from the governor’s party. Where possible, such interference should be sanctioned by law following a verdict by a competent court.

Regarding elections, residents of local government areas should be empowered to remove elected officials by referendum for specific reasons defined by law.

Local governments should not only be mandated by law to publish revenue and expenditure. Failure to do so should result in penalties. There must be more transparency with regard to the levies imposed.