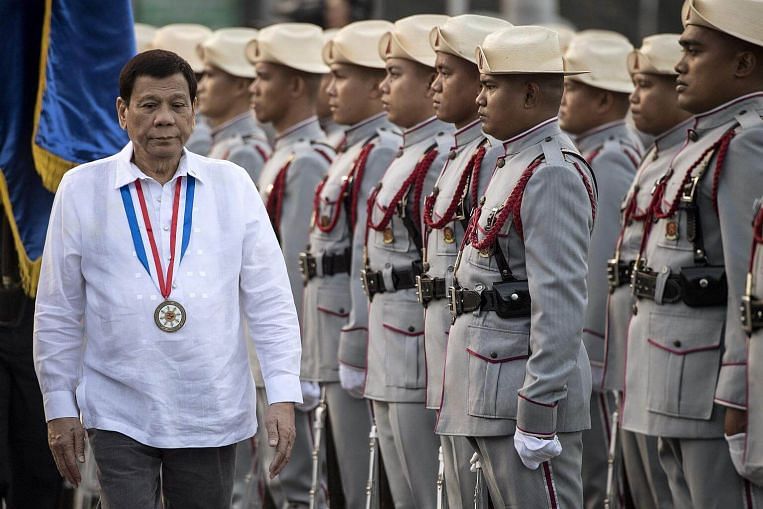 MANILA (BLOOMBERG) – Philippine President Rodrigo Duterte has rejected calls by his allies to extend his term by six years and cancel next year’s elections, while backing initiatives to move to a federal system of government.

In an interview with the MindaNews news site, Duterte said he wanted a federal government with a leadership structure similar to that of the French government, with both a president and a prime minister.

He also wants the Philippine Senate and House of Representatives to be merged into a single chamber with around 50 lawmakers to enact laws more quickly.

If the Philippines were to change their system of government, “you want a setup that would ensure fairness and equality,” Duterte told MindaNews, while warning that federalism might still not solve the use of the money. , power and violence to win the elections.

Duterte also said he did not want to stay in power beyond 2022 and was not in favor of calls to quash midterm elections for lawmakers and local officials next year, as the propose some legislators of the House of Representatives.

The Philippine president, who pledged a move to federalism during the campaign to bring peace to the southern Philippines, further said he would form an advisory body in a few days to review the country’s constitution.

He has repeatedly supported lifting the constitutional ban on foreign ownership, except land, in order to further stimulate the economy and promote competition.