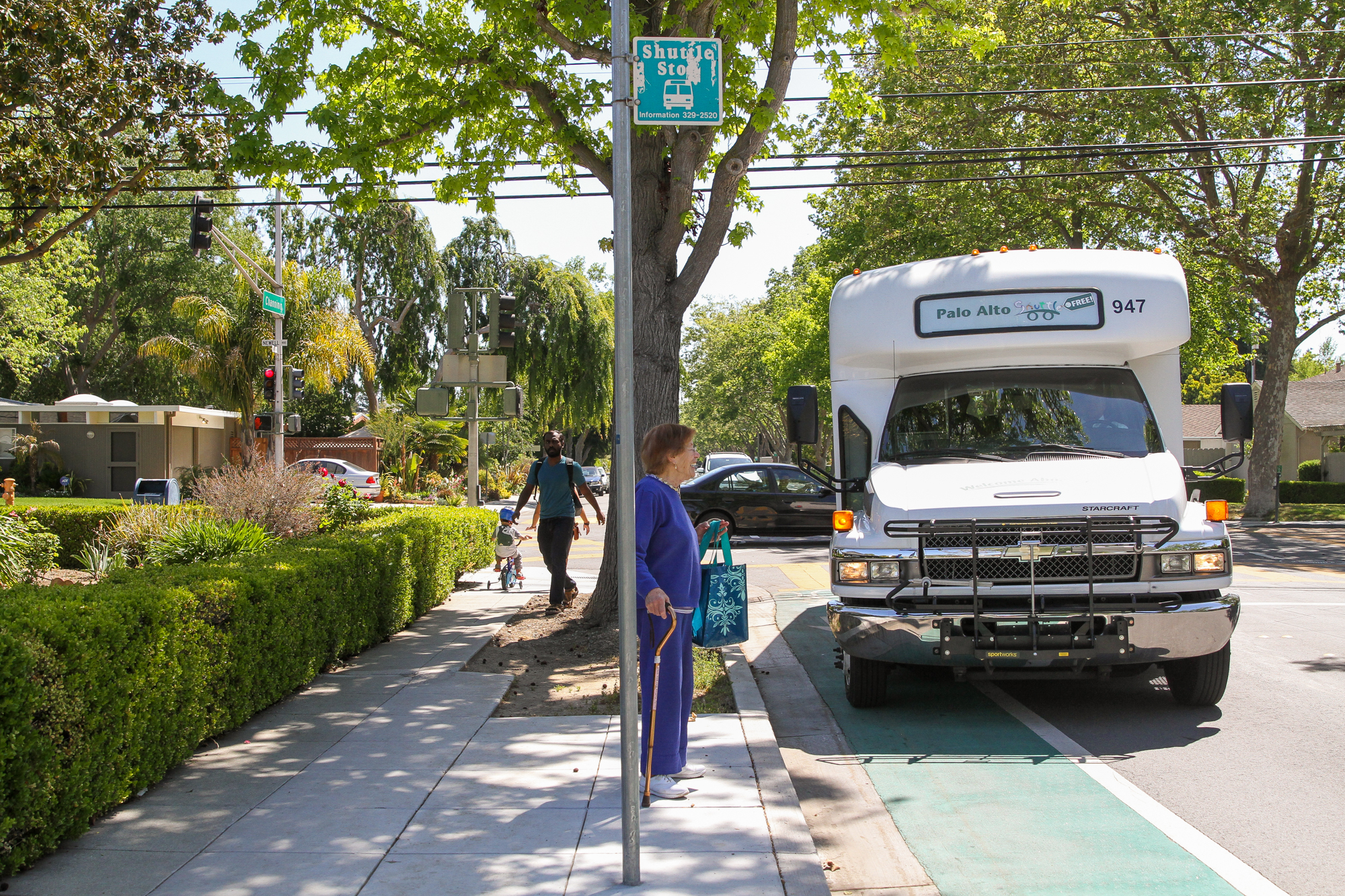 Fueled by a regional grant, Palo Alto’s new on-demand shuttle system is now set to hit the streets this spring.

The system, which is funded by a grant from the Santa Clara Valley Transportation Authority, will bear little resemblance to the shuttle system the city has historically deployed, but closed in 2020, when the pandemic drastically reduced both ridership and city revenue. This system consisted of two shuttles, Crosstown and Embarcadero, which followed fixed routes.

The new service, on the other hand, will operate on demand, with a flexible route and flexible hours, depending on the city.

While details are still being finalized, transport manager Philip Kamhi said the new service will have between eight and 10 vehicles. All would be electric or hybrid-electric shuttles, he said.

The program is funded by a $2 million grant from the VTA’s Measure B, the tax measure that county voters approved in 2016 and which devotes a share of tax revenue to “innovative public transport”.

Modeled after similar programs in West Sacramento and Cupertino, the new shuttle service “will not have predetermined routes, and instead will be on-demand, serving destinations throughout the city and providing connectivity to other public transport”, according to a announcement from the city.

It will charge a fare of around $3.50 for adults and $1 for disabled, low-income, youth and seniors, according to the announcement. Users could request rides through an app, web browser, or phone call and pick up the vehicle within walking distance of the desired location.

The city originally planned to roll out the on-demand shuttle this fall, but had to delay the launch due to vacancies, hiring and new priorities, Kamhi said. The task of finding a shuttle operator also took longer than expected.

“An additional delay occurred during the procurement process as we received more bid responses than expected, which required time to review, answer questions and select a vendor,” Kamhi said in a statement. E-mail.

City leaders hope the program will help them achieve the goals of their recently adopted strategy Sustainability and Climate Action Planwhich aims to make Palo Alto carbon neutral by 2030. The plan notes that road transportation “represents the largest percentage of Palo Alto’s existing carbon footprint – and a congestion headache” and it sets the objective of increasing the modal share for walking and cycling from the current level of 19% to 40% by 2030.

The objectives of the plan, which the board approved in october, include expanding the availability of public transit and shared mobility services so that they can serve 100% of all residents. This includes creating bike- and scooter-sharing programs, an on-demand shuttle, and “neighborhood mobility hubs,” which are areas that bring together a variety of transportation options.