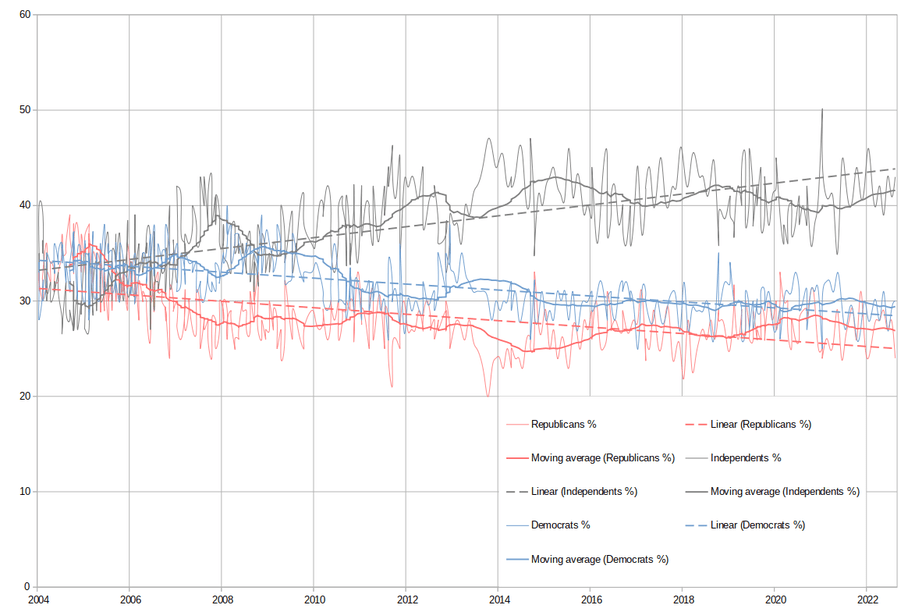 There has been a lot of chatter about the general unreliability of polls in recent election cycles. In particular, this concerned in this cycle the multitude of right-wing funded polls that flooded the market, especially in the 4 weeks leading up to election day, which seemed designed to skew the averages of poll aggregators and play with the 538 algorithm.

Now that the results are (mostly) out, I wanted to see if that was true. So I took the 9 senatorial races that aggregators thought were closest (Pennsylvania, New Hampshire, Nevada, Arizona, Georgia, Washington, Wisconsin, North Carolina, and Ohio) and let the math do the talking. Specifically, I took the LAST poll that each organization released for each race up to a month before the vote and compared it to the election result to see how accurate it was (I have to say the vast majority of the polls I have consulted were published in the week before Election Day). I then averaged the accuracy of each polling organization to see how they fared on at least 4 of the breeds I looked at (I estimated that below this the size of the l sample was too small). Finally, I gave each organization one of the following ratings: Good (if the poll average was within 2% of the result); Bad (if the average of the polls was less than 4% of the result); Absolute Garbage (if the average of the polls is greater than 4% of the result). The reason only polls within 2% of a result get a passing grade is that YOUR JOB AS AN INTERROGATOR IS TO PREDICT THE RESULTS and if you can’t get less than 2% of the result (this which is a 4% spread), then you’re worthless. That said, here are the results (in parentheses are the number of polls averaged), while the number represents the percentage deviation from the actual election result.

There is an additional point that needs to be made: apart from the Marist poll, ALL THE OTHERS POLLED WERE ERROR IN FAVOR OF THE REPUBLICANS. This means that the percentage deviation was all in one direction (other than Marist).

Verdict – popular opinion is correct – right-wing polls have flooded the market and played aggregators. The math says so. 538 and the RCP should be aware of this fact.