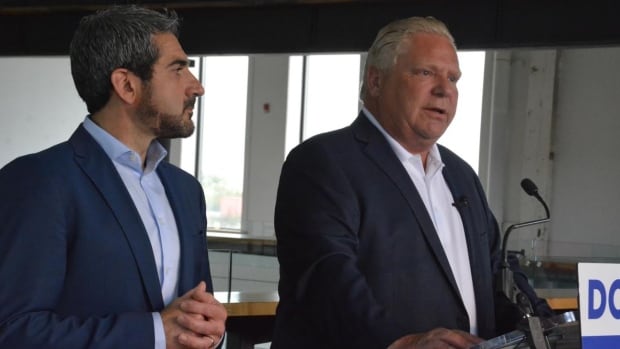 A little over a month ago, the Minister of Government and Consumer Services, Ross Romano launched the registry, promising that it would be easier and more affordable for millions of businesses and nonprofits to access government services.

But in a letter to Romano, the law firms warned that the Ontario Business Register (ORB) negatively affects them, their clients and their service providers and “has a chilling effect on doing business in Ontario in general. “.

The firms, which have said they represent hundreds of thousands of entities trying to do business in Ontario, said: â€œBased on our collective OBR experiences to date, we have no confidence or assurance that year-end filings – the busiest time of year for our law firms – can be completed without jeopardizing entire transactions. “

The government has also said that registrations or filings that were previously submitted by mail or fax, taking four to six weeks, can now go through the online registry instantly; while annual returns can now be completed online, meaning businesses can keep all of their important documents in one place.

Additionally, the government has stated that Ontario’s new Business Register is integrated with the Canada Revenue Agency, allowing for the identification of a business or non-profit corporation by a single registration number. company, further streamlining administrative processes.

But based on the letter from the law firms, the promised reduction in â€œunnecessary burdensâ€ did not happen.

“Many law firms … now recommend that their lawyers and clients avoid the creation or use of Ontario entities in business transactions where possible, and recommend the use of federal or other jurisdictions. provincial so as not to compromise the success of many end-of-year transactions, â€the letter continues.

The problems are “quite shocking”, says NDP leader

Speaking to reporters at Queen’s Park on Thursday, Ontario NDP Leader Andrea Horwath said: “It’s quite shocking” and “disturbing that small businesses have to go through all kinds of hoops just to fill out papers.”

Horwath said “the failed system this government has launched” is likely to have consequences that are going to be problematic for business.

“Things like this systemâ€¦ are basic government functions and yet Doug Ford and his gang just can’t seem to do this stuff.”

“The proof is always in the pudding”

He said under the old system, a nonprofit charity or small business would have to fill boxes of documents, check them in at service counters, and stand in line Monday through Friday between 9 a.m. and 5 p.m. .

It was either that option or hiring a lawyer at a considerable cost, he told the legislature. â€œUnder our new systemâ€¦ it’s 24/7, 365 days a year,â€ Romano said.

â€œYou can now complete a transaction in 16 seconds that previously took 16 weeksâ€¦ and you no longer need to hire an expensive lawyer. “

Complex technology deployments are never perfect or error-free, Romano says, and every law firm knows it.

â€œThe proof is still in the pudding,â€ he said, adding that in the first 30 days 120,000 transactions were processed using the online system.

UA System defines a search panel for the farm station