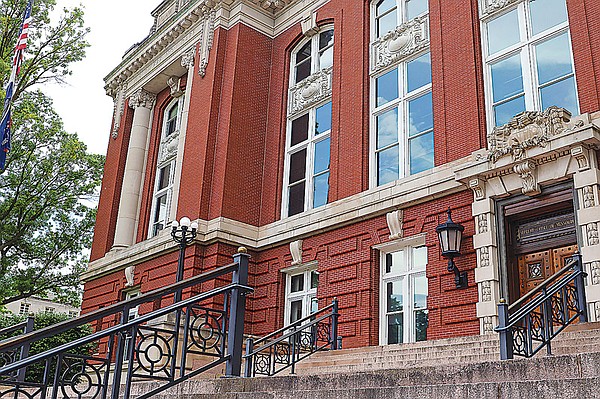 Three state employee unions hoping to preserve the merit system for their members told the Missouri Supreme Court on Tuesday that a law passed in 2018 does not change existing contracts.

Under the law, most state employees lost the protections that included grievance procedures for protesting disciplinary action and the requirement that the state have a good reason — such as wrongful absences or poor performance – to fire someone.

Instead, workers who are not employed to guard prisoners or care for residents of public institutions have become employees at will who can be fired at any time.

“Employment at will is the least protection you can have in Missouri,” Assistant Attorney General Maria Lanahan reminded the court.

The law is being challenged by the American Federation of State, County and Municipal Employees, or AFSCME; the Communications Workers of America, or CWA; and the Service Employees International Union, or SEIU.

Attorney Loretta Haggard, who represents labor unions, told the court that because the law is silent on union contracts and because the state constitution prohibits laws that undermine the obligation of contracts, the protections can be retained in new contracts.

“The state would have you believe that a decision in favor of the unions would be an utter calamity,” Haggard said.

While the unions have asked the court to uphold Beetem’s decision, the state is asking that it be overturned. The state can’t negotiate something the Legislature has abolished, argued Assistant Attorney General Maria Lanahan.

“If the terms of the collective agreement have become against the law, the state needs to come back to the table and renegotiate,” Lanahan said.

The law is one of two major bills passed in 2018 at the behest of the then government. Eric Greitens to limit the rights of public employees. A bill, which required some employee unions to receive annual approval to withhold dues from paychecks, was declared unconstitutional last year by the Missouri Supreme Court.

In its ruling, Beetem upheld the law as it applies to state workers not represented by existing contracts. However, because the state acted as if it had modified those contracts — by denying grievance hearings or dismissal protests — the state unconstitutionally violated the collective bargaining rights of the represented workers, Beetem ruled. .

Beetem also ordered agencies whose employees are represented by unions to bargain in good faith “without duress” from the merit-type protections law.

The federal civil service system, with exams to determine job qualifications and protections against dismissal when the executive branch changes hands, was initiated in the 1880s. Similar protections were extended to government employees. state in penitentiary and associative establishments – hospitals and residential care establishments – and to “other state employees according to law” in the 1945 Constitution.

The 1945 legislature included most state employees, except those in the Department of Revenue and a handful of other agencies, in the merit system. The 2018 law removed coverage for all employees except those constitutionally mandated for coverage and changed the hiring system by eliminating the need to take competitive exams.

During the hearing, the judges tried to determine how far lawmakers could go and what was negotiable in employment contracts. Agreeing to negotiations means negotiating in good faith, Judge Mary Russell said, asking how that could happen without give and take.

“You can come to the table and follow the bargaining moves, but how does that translate into good faith negotiations to resolve disputes?” Russell asked Lananan.

In documents filed with the court, the state argued that it would be absurd to keep the merit system protection requirement in place.

“Grievance procedures are inconsistent with compulsory at-will employment because where employees ‘may be terminated without cause or for any reason not prohibited by law’, there is no basis on which a court could consider an employee’s grievance,” the brief reads.

In questioning Haggard, Judge W. Brent Powell asked what kind of laws are acceptable restrictions on what can be included in an agreement.

Haggard said it would be wrong to inject assumptions into the decision, adding that an anti-strike law, while limiting the scope of collective bargaining, is acceptable because it advances the state’s interest in public safety.

The court did not rule on Tuesday. It generally takes several weeks to several months after the pleadings before the court delivers its opinion.

The Missouri Independent is a nonprofit, nonpartisan news organization covering state government and its impact on Missourians.