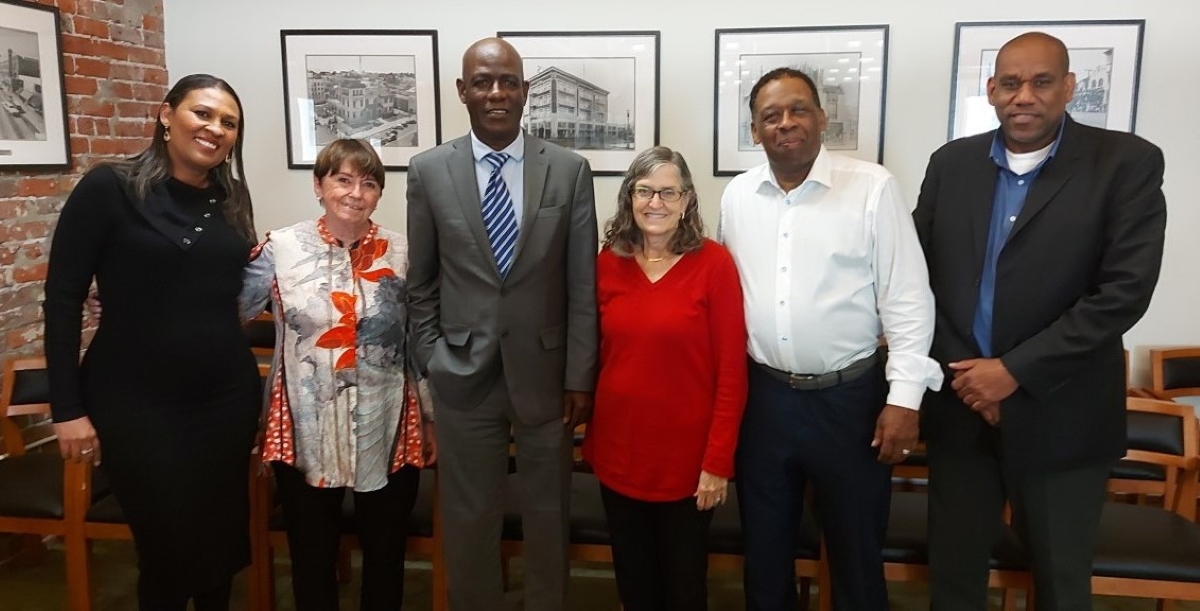 By Ruben Morales Iglesias: Youth, Sports and Transportation Minister Rodwell Ferguson led a delegation on a visit to Santa Monica, California to review youth programs and their transportation system, and to explore collaboration in football with the United Premier Soccer League (UPSL).

During his visit from November 10-15, 2022, Ferguson and his delegation had several meetings with groups of officials from Los Angeles and Santa Monica, says a statement published by the Belize Government Press Office.

The delegation visited the facilities of the Boys and Girls Club in Santa Monica.

The delegation led by Ferguson visited Santa Monica College where they reviewed the education programs offered for the betterment of young people.

Additionally, they visited the Big Blue Bird Bus Company to get an up-close look at how their transportation system, which uses electric buses, works.

“The company’s deputy operations manager, Eric O’Connor, offered advice on some practices that Belize can adopt in its transportation sector,” the GOB press office said.

As Sports Minister, Ferguson, according to the press office, also held talks with members of the United Premier Soccer League (UPSL) with whom he discussed the collaboration between the UPSL and the Belie Premier League. . Reggie Ellis, Athletic Director of Santa Monica College, hosted a tour of SOFI Stadium and its operations.

The Belize delegation also met with Rashad Rucher-Trapp and Raul Carlos, co-founders and chief strategists of the Reimagine LA Foundation.

“The foundation advocates for equity and inclusion for youth and families,” the statement said.

“Mr. Trapp and Mr. Carlos briefed the group on the current youth and gang situation in Los Angeles and discussed programs created to reduce youth and gangs.

“Mr. Rodwell Ferguson expresses his sincere thanks to Mr. Barry Snell and Mrs. Kera Blades-Snell for arranging and facilitating the visit, and to the other officials who took the time out of their busy schedules to s ensure the visit to Santa Monica is successful,” the press office said.

“The visit serves as a springboard for future discussions and collaborations that will lead to further development of young people in Belize through sports, educational programs and other key areas,” the statement concluded.

Advertise with Belize’s Most Visited News Site ~ We offer fully customizable and flexible digital marketing packages. Your content is delivered instantly to thousands of users in Belgium and abroad! contact us at [email protected] or call us at 501-601-0315.

© 2022, BreakingBelizeNews.com. This article is the copyrighted property of Breaking Belize News. Written permission must be obtained before reprinting in online or print media. REPRINTING CONTENT WITHOUT PERMISSION AND/OR PAYMENT IS THEFT AND PUNISHABLE BY LAW.