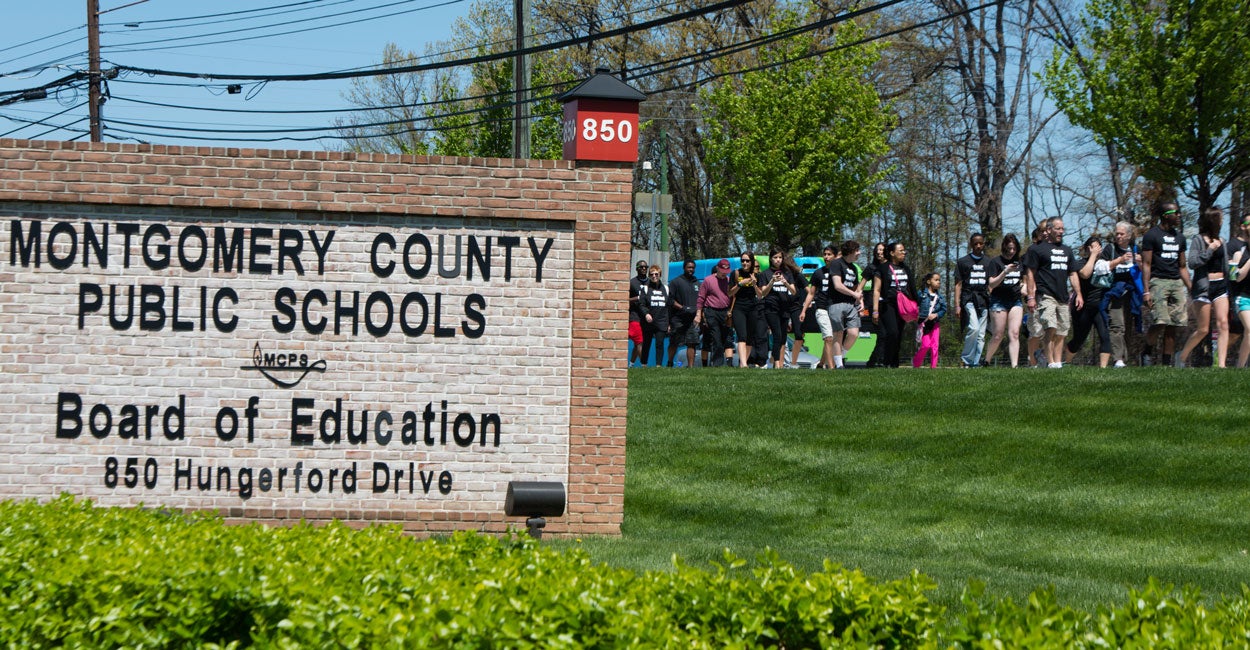 Maryland’s largest school district plans to release an “anti-racism” student survey to “address racial barriers” in the school district, according to an announcement from the district superintendent.

Montgomery County Public Schools will issue a “Audit of the anti-racism systemto all parents, guardians, staff, and all students in grades four through 12 from March 1 through March 31 to review “district policies and practices to understand the impact of race and racism,” according to an announcement from the district and a list of Frequently Asked Questions.

“Racial disparities can be seen in nearly every area of ​​MCPS from reading levels, attendance at higher-level classes, graduation rates, suspension and discipline rates, and personnel,” according to the justification of the survey by the FAQ. The survey will ask about race, ethnicity, gender and languages ​​spoken at home, according to MCPS description of the survey.

MCPS said the survey will be anonymous, “age-appropriate” and on topics including “attitudes toward school and learning,” “race learning,” and “climate and security”.

Elementary school students will be asked if they “have the opportunity to learn more about people from different racial backgrounds in the classroom” or if they feel they are “sometimes treated differently because of my race, my skin color, ethnicity, or culture at school,” according to the MCPS survey description.

Middle and high school students will be asked if their school staff make assumptions about their intelligence based on their racial identity, according to the survey description.

Parents and family members of MCPS students will be asked questions such as whether or not their child’s school, Parent Teacher Association (PTA) leaders, and other parents represent families from diverse backgrounds, including race, ethnicity, culture, and language. spoken at home” or whether or not administrators at their child’s school “handle reports of bullying, discrimination, or harassment related to race, color, ethnicity, or culture between or among students,” according to the description of the survey.

Staff and administrators will be asked whether their school “engages in a culturally sensitive manner with families from all racial, ethnic, cultural, and linguistic groups represented in the MCPS community,” whether or not “data on academic progress is routinely disaggregated, analyzed, and discussed by different racial, ethnic, and linguistic groups,” and whether the data is used to “inform instructional practices that eliminate the predictability of student outcomes by race and ethnicity.”

MCPS said it “does not teach or promote the Critical Race Theory curriculum,” according to the FAQ. “We encourage all students to consider the past, examine their present, and work to be allies with one another to create a better future free from the racist practices, attitudes and systems of the past,” the district said. .

Critical Race Theory argues that America is fundamentally racist, but it teaches people to view every social interaction and every person in terms of race. Its adherents pursue “anti-racism” through the pursuit of merit, objective truth, and the adoption of race-based policies.

MCPS said it strives to serve “as an anti-racist school system and environment for all,” according to an announcement from Acting Superintendent Monifa McKnight included in a video which will be shown to students before they complete the survey.

“I promise you that the Board of Education and MCPS leadership take these issues very seriously and we look forward to soliciting and collecting your feedback to use in an action plan moving forward,” said McKnight said in the video.

The district defines “anti-racism” as the practice of “working to achieve racial justice by identifying, disrupting, and dismantling racist practices, policies, and attitudes that disproportionately harm communities of color.”

Kendi also argues that “there is no non-racist or racially neutral politics. Every policy in every institution in every community in every nation produces or sustains either racial inequality or equity among racial groups.

The investigation will be conducted by Mid-Atlantic Equity Consortium Inc.a non-profit organization that has raised millions of dollars through contracts with school districts across the country, according to to data compiled by Parents Defending Education.

The school district first proposed a “system-wide anti-racism audit” in October 2020, according to at Washington Free Beacon.

MCPS spent more than $450,000 on an “anti-racism audit” as part of its partnership with Mid Atlantic Equity Consortium for the 2020-21 school year, according to to a copy of the school district’s “interim action policy” obtained by The Daily Wire.

Parents are allowed to remove their child from survey by filling out a form before February 21.

Audit findings will be shared with the community by June, and action plans will be developed over the summer. Some steps the district could take include “funding and staffing changes, policy revisions, new training, and changes to employee performance standards,” according to the FAQ.

“Over the past few years, some students, staff and community members have shared experiences of being treated differently because of their racial, ethnic or cultural backgrounds,” said Hana O’Looney, a student member of the MCPS Board of Education. in a video about the investigation. “To meet this need, an anti-racism audit has been developed to identify these disparities. This means that we look for problems in order to understand how to improve things. »

Content created by the Daily Caller News Foundation is available at no cost to any eligible news publisher who can provide a large audience. For licensing opportunities of this original content, email [email protected]

Do you have an opinion on this article ? To ring, please email [email protected] and we will consider publishing your amended remarks in our regular “We hear you” column. Don’t forget to include the URL or title of the article as well as your name and city and/or state.