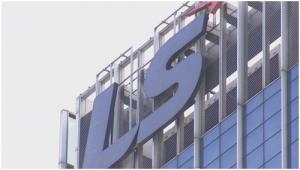 
LS Cable & System announced on November 9 that it will participate, together with its subsidiary LS Materials, in a government-supported national project for the development of a hybrid energy storage system (H-ESS) for the recharging of electric vehicles.

The project will focus on the development of an H-ESS, a product that improves power supply stability and reduces risk by combining lithium-ion capacitors with lithium-ion batteries in an ESS. Capacitors are special industrial batteries with advantages of high-speed charging and discharging and long service life. Their applications extend to the renewable energy, electric vehicle and industrial automation sectors.

“An H-ESS enables a stable power supply even during peak hours when multiple electric vehicles are simultaneously charged at one charging station by making good use of the high power of lithium-ion capacitors,” an official from the agency said. company. “Its stable operation of capacitors through a control system reduces the risk of fire due to thermal runaway. Its service life is 5-10 times longer than that of general energy storage devices. It also has energy efficiency high.

LS Materials will oversee the whole project based on large capacitor technology. LS Cable and System will develop temperature monitoring and charge/discharge control systems. It plans to produce an H-ESS prototype by 2023 and complete its demonstration test by 2025 on a charging station in E1.