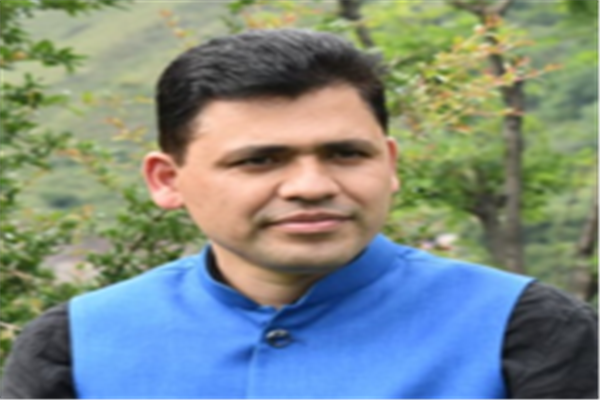 Our Constitution provides a clear mandate for democratic decentralization not only through the Guiding Principles of State Policy which urges the State to promote the institutions of the Panchayati Raj, but more specifically now through the 73rd and 74th Amendments of the Constitution that seek to create an institutional framework for leadership in grassroots democracy through truly self-governing local bodies in urban and rural areas of the country. Integrating institutional reforms in local governance with economic reforms was Gandhiji’s farsighted vision of ‘Poorna Swaraj’. Economic reforms and local government empowerment were the two major initiatives launched in the 1990s. Local government empowerment is also widely accepted as a vital principle. But, in practice, much remains to be done to achieve the goal of true empowerment as envisioned.

Local government in India refers to government authorities below the state level. India is a federal republic with three spheres of government; central, state and local. The 73rd and 74th Constitutional Amendments give recognition and protection to local governments. Local government in India takes two very distinct forms. Urban localities, covered by the 74th Amendment to the Constitution, having Nagar Palikas deriving their powers from individual state governments. The powers of rural localities were formalized under the Panchayati Raj system, under the 73rd Amendment to the Constitution. Within India’s administrative structure, democratically elected local governance bodies are called municipalities in urban areas and Panchayati Raj Institutes in rural areas. There are 3 types of municipalities according to population, Municipal Corporation, Municipal Councils and Municipal Committees. MICs in rural areas have 3 hierarchies of panchayats, Gram Panchayats at village level, Mandal or Block Panchayats at block level and Zila Panchayats at district level. The panchayats cover about 96% of India’s more than 5.8 villages and nearly 99.6% of the rural population. There are about 3 million elected officials at all levels of the panchayat, including nearly 1.3 million women. These members represent more than 2.5 lakh gram panchayats.

Local self-governing institutions in general and Panchayati Raj institutions in particular have assumed greater prominence under recent development philosophy, in which democratic decentralization has become a slogan. The Union Territory of Jammu and Kashmir was one of the pioneer states in the field of decentralized district planning with the introduction of an innovative initiative of “one line administration” in 1976. The underlying objective of this model was to decentralize authority with a view to accelerating the pace of development programs and involving popular participation in the development process. The implementation of this innovative model has led to the realization that the human potential and other resources available at the local level must be integrated into the development movement to provide a solid and solid foundation for the democratic structure. It is in this context that the desire to have a solid institutional framework to give a defined and positive role to the community in matters of self-governance has created a sense of urgency for the restructuring of the institutional framework and this taking of awareness eventually led to the introduction of Jammu & Kashmir Panchayati Raj Act 1989. State of Jammu & Kashmir held elections for Halqa Panchayats after three decades in June 2011 and latest in 2018. The response of the he voter turnout in these elections was unprecedented.

Stepping Forward, District Stepping Forward, District Development Councils (DDCs) in addition to Block Development Councils are set to become a new governance unit in Jammu and Kashmir. The central government amended the Jammu and Kashmir Panchayati Raj Act 1989 to facilitate the establishment of a District Development Council, whose members are directly elected by the voters in the Union Territory. Legislation to this effect was introduced by the Ministry of Home Affairs through an amendment to the Jammu and Kashmir Panchayati Raj Act, 1989. This structure comprises a DDC and a District Planning Committee (DPC ). The J&K administration also amended the J&K Panchayati Raj Rules, 1996, providing for the establishment of elected District Development Boards in J&K. This system effectively replaces district planning and development councils in all districts, and will prepare and approve district plans and capital expenditures. Their main feature, however, is that the DDCs will have elected representatives from each district.

The term of the DDC member is five years and the electoral process allows for reservations for Scheduled Castes, Scheduled Tribes and women. The district’s additional district development commissioner is the chief executive officer of the district development council. The council, as stated in the law, will hold at least four “general meetings” per year, one per quarter. The Councils will oversee the functions of the Halqa Panchayats and Block Development Councils in tandem with line departments in the Union Territory. The DDC elections completed the three-tier Panchayati Raj at J&K. DDCs play an important role in the preparation and approval of district plans and capital expenditures. We have elected representatives from rural areas in each district. Within the DDCs, there are District Planning Committees (DPCs) which review and guide district development plans. DPCs indicate priorities for various projects and examine issues related to the rapid development and economic growth of the region. The success of DDCs is largely based on the decentralized planning process through the Gram Panchayat Development Plan. This idea of ​​a global structure aims to ensure effective, efficient, transparent and accountable governance at the local level.

These local governance structures would not suffice. There must be decentralization of functions, finances, civil servants and decentralized planning, as required by law. However, this has not happened much and is unlikely to happen if there is greater political use of local governance institutions. Elections are a means to an end, not an end in themselves. Decentralization of functions, finances and decentralized planning, in accordance with the law, must be more focused for its proper implementation. This is partly explained by the focus on the PRI as institutions of local government rather than local governance. There has been more emphasis on political participation and the MICs are seen more as centers of local politics than institutions of governance. It also suffers from bureaucratic hurdles related to power sharing. People’s attitude towards these institutions has been largely indifferent as their participation was limited to voting.

There must be a shift from local government to local governance with emphasis on the three Fs, functions, finance and civil servants. The change should aim to make the PRIs action-oriented and goal-oriented units of governance. From mere political representation, emphasis on governance would mean emphasis on citizen participation, responsiveness, transparency, fairness and inclusiveness, effectiveness and efficiency, and accountability. In the context of the PRI, local governance as a concept would manifest itself through empowerment of the gram sabha and gram panchayat, capacity building of the panchayats, financial strengthening through decentralization, program delivery, social development and inclusive economy, social justice and social audit.