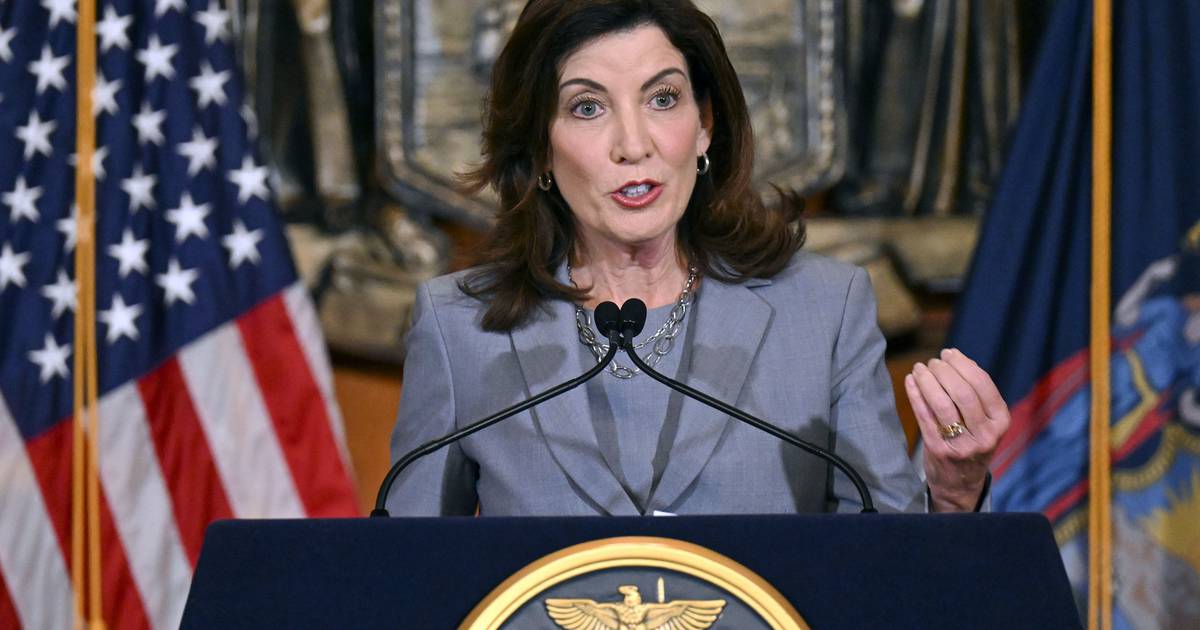 ALBANY — Governor Hochul pushed back on Wednesday against criticism of New York’s cashless bail system, calling on judges and prosecutors to break the law.

The governor was asked during an independent presser about Mayor Adams’ repeated calls to overhaul state bail reforms and whether she was considering her appeal to allow judges to weigh ‘dangerousness’ when deciding to detain someone before trial.

“I am aware of the mayor’s press conference and absolutely support his interest in ensuring that judges follow the law,” Hochul told reporters in his Manhattan office.

The governor defended changes made as part of the state budget this year that expanded the list of bail-eligible crimes and allowed judges more power to set bail when dealing with criminals. repeat offenders.

“I encourage everyone across the entire public safety ecosystem, starting with law enforcement and our district attorneys and our judges, to review the bail laws that have been enacted in the budget,” she said. “Each of these changes gives them the tools they need to work toward our common goal of increasing public safety.”

Adams was scheduled to hold a press conference with NYPD officials about repeat offenders and state bail laws on Wednesday afternoon.

New York’s cashless bail laws, signed into law in 2019 and already amended twice, have always remained a flashpoint in Empire State politics, with critics from both sides of the aisle linking rising changes in crime.

Proponents argue that there is no connection and that the data collected by the state has been held up by both sides as illustrating disparate ideas.

Hochul’s comments on Wednesday echo those made by legislative leaders in the past regarding the role judges play in interpreting new laws. Assembly Speaker Carl Heastie (D-Bronx) has repeatedly said judges do not set bail where they have the capacity.

Republicans, including gubernatorial candidate Lee Zeldin (RN.Y.), have hammered Democrats over reforms and made public safety a cornerstone of campaigns in recent years.

Adams, meanwhile, joined the GOP in calling for a special legislative session to expand judicial authority by allowing judges to consider “dangerousness” when issuing bail.

Heastie, Hochul and senior Senate Democrats said there was no need to meet again for a special session.

Hochul on Wednesday defended the system as is, adding that amendments to this year’s budget already give judges more leeway.

“Judges are no longer just considering whether or not there is a likelihood that the person will return for their court appearance,” she said. “What we have given the judges is the ability to consider the seriousness of the offence, is it a repeat offence, is there a history involved here.

“So we have now clarified for the judges the factors to consider in determining whether or not that person should be on the street or not,” she added.