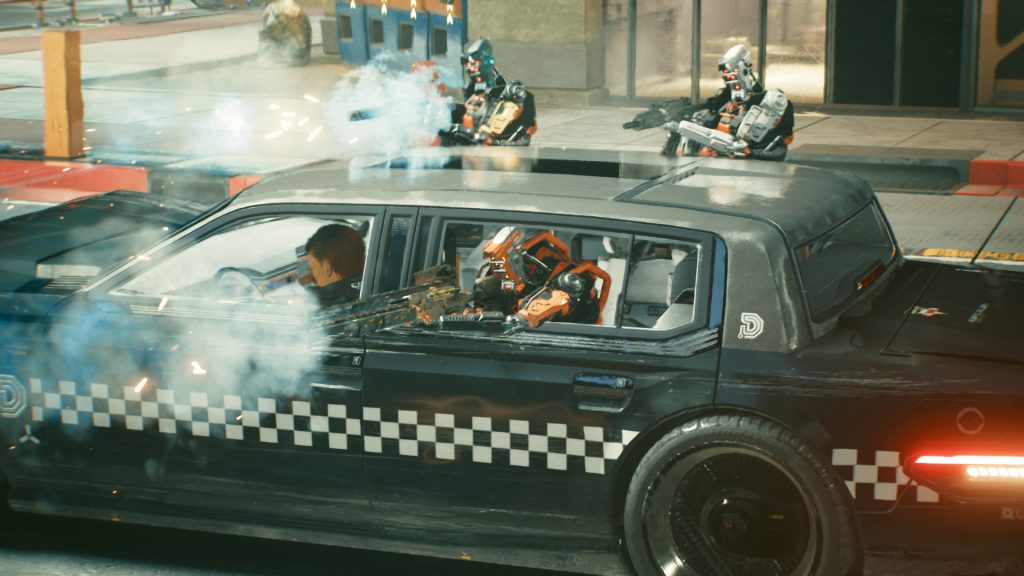 CD Projekt RED’s Night City Wire stream recently ended, with the developer announcing and releasing patch 1.6 (the Edgerunners update) and giving fans their first look at the upcoming Phantom Liberty expansion. However, CDPR isn’t done with Cyberpunk just yet, as the game director has confirmed that future updates will bring major additions to the game, including an overhaul of the police system as well as vehicular combat.

During the recent Night City Wire streamalongside the unveiling of patch 1.6, Cyberpunk 2077 director Gabe Amatangelo discussed long-term game updatesclaiming that it will eventually see a “complete overhaul of the cop system as well as vehicle-to-vehicle combat”.

Amatangelo continued, saying “We are doing a bunch of things in future updates. A new type of gameplay loop for melee. A bunch of new actions in the perk tree. No more cyberware looking like cyberware. Lots of fun stuff that the team really wants the community to experience.

With these comments, it looks like CDPR will directly address some of the game’s biggest fan complaints. Cyberpunk’s lackluster police system was criticized at launch for its shallow AI as well as teleporting cops. Additionally, the lack of real vehicle combat outside of a few scripted sections also frustrated fans at launch. Additionally, Cyberpunk 2077’s cyber element felt undercooked at launch, with only a few bits of cyberware making noticeable changes to gameplay.

These are three of the biggest complaints voiced by fans after the game launched in late 2020 and while it may be a while before any of these features are implemented in the game (and even if so, it will only come to current-gen systems), it’s nonetheless encouraging to see CDPR ready to make such fundamental changes and additions to the game.

KitGuru says: What do you think of Amatangelo’s statement? Is it too little too late? What other major changes do you want CDPR to make? Let us know below.