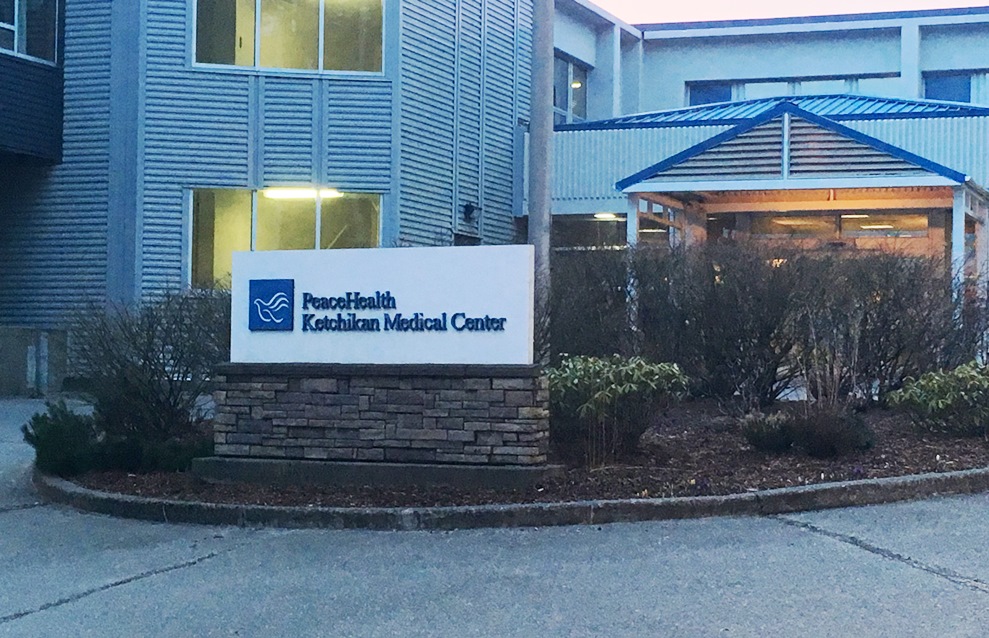 The Ketchikan hospital operator is expected to address a nurse’s complaint at a Federal Labor Board hearing this summer.

Former PeaceHealth nurses accuse the Catholic nonprofit hospital operator of retaliating against its employees who complain about working conditions and patient safety.

Marian Weber is a traveling nurse who, until last August, worked at PeaceHealth Ketchikan Medical Center, which serves Southeast Alaska.

Weber says she raised concerns with her superiors about a critically ill COVID-19 patient who was not placed in intensive care. And she says she pushed back when PeaceHealth suggested a nurse sit with a potentially infectious patient as an alternative.

“I have expressed safety concerns related to patient and staff safety related to the danger of COVID-19,” Weber said in a phone interview this week.

She says a hospital executive told her, more or less, that if she didn’t like it, she could leave.

“I went through the chain of command, filed incident reports and then was fired,” she said.

She told her story to KRBD in September. Four days later, the hospital director told staff that the administrator who threatened Weber’s job had abruptly left.

Since then, Weber says she’s had no trouble finding work elsewhere, landing nursing contracts in Montana and Vermont.

Now, the National Labor Relations Board is asking an administrative law judge to order PeaceHealth to apologize to Weber and reimburse him for travel and other expenses incurred after Weber was fired and returned to the Lower 48. A hearing is set for June 7.

This is not the first time PeaceHealth Ketchikan Medical Center has been scrutinized by federal labor officials for allegedly retaliating against its staff. The hospital was accused of violating federal labor retaliatory laws four times in 2015, according to a federal database.

“It’s not just happening in Ketchikan. Systematically, PeaceHealth has a history and pattern of retaliation,” Weber said.

Weber discusses the case of Dr Ming Lin, an emergency physician who was relieved of duty after exposing what he described as inadequate COVID-19 safety procedures at PeaceHealth St. Joseph’s Medical Center in Bellingham, Washington.

In a statement to NPR in 2020, PeaceHealth said Lin “chose not to use designated safety reporting channels, and his actions were disruptive, compromised collaboration in the midst of a crisis, and helped create fear and anxiety”.

He is represented by the American Civil Liberties Union, whose lawyers filed a wrongful dismissal complaint. An ACLU spokesperson said the case is ongoing.

And then there’s Sarah Collins. She worked for PeaceHealth Southwest Medical Center in Vancouver, Washington, near Portland, Oregon.

“I worked in many other hospitals, many other establishments. I’ve never encountered this type of – It’s corruption. That’s the only way I can tell, it’s just the corruption that seems to come from the top down,” Collins told KRBD this week.

She says she first encountered problems at work in 2018.

“I was told I wasn’t promoted because I claimed my missed breaks,” she said.

Then last year she said she the union asked him speak to a local news station about nurse burnout. She says she erased the interview with the head nurse of her hospital.

“I was not being derogatory to PeaceHealth in this regard. I talked about national nursing issues — as in, this is a national issue, not just an issue at PeaceHealth,” Collins said. “Right after that interview they called me and told me I was going to be put on administrative leave.”

She was then fired. Collins also filed a complaint with the National Labor Relations Board.

She says she is speaking out because she wants to see real change within the PeaceHealth organization. It calls for an internal investigation into working practices in the hospital system similar to the one conducted by Oregon Health and Science University.

“I just want to stand up and say, Look, this is not right. You have to stop. You have to analyze your practices, because it’s just not fair. It certainly doesn’t fit your mission,” she said.

The mission of the association is listed online as “pursuing the healing mission of Jesus Christ by promoting personal and community health, relieving pain and suffering, and treating each person with love and care.”

A spokeswoman for PeaceHealth Ketchikan Medical Center, Kate Govaars, said in a statement that the hospital could not comment on staff. But the spokesperson says the safety of patients and caregivers remains the nonprofit hospital’s top priority. She says care protocols at Ketchikan Hospital are consistent with state and federal guidelines. She says the hospital is confident in its care decisions and will respond appropriately to the NLRB to resolve the issue.

The PeaceHealth spokesperson added that the hospital has processes in place that allow caregivers to confidentially raise opportunities to ensure safer care.

“This approach is part of our commitment to continuous improvement and our vision to ensure 100% safe care. When conflicting views arise, we bring both evidence and compassion to the discussion with the goal of resolving on the basis of respect and in the best interests of the patients we serve,” said Govaars.

PeaceHealth and its predecessor, the Sisters of St. Joseph of Peace, have operated Ketchikan Municipal Hospital since it opened in the 1960s. Last year, the city council renewed its contract for at least two more decades. As part of the new deal, the city’s new health care advisory committee has some oversight over the nonprofit’s 25-bed hospital operations.

Products that weaken the immune system for COVID-19 are named