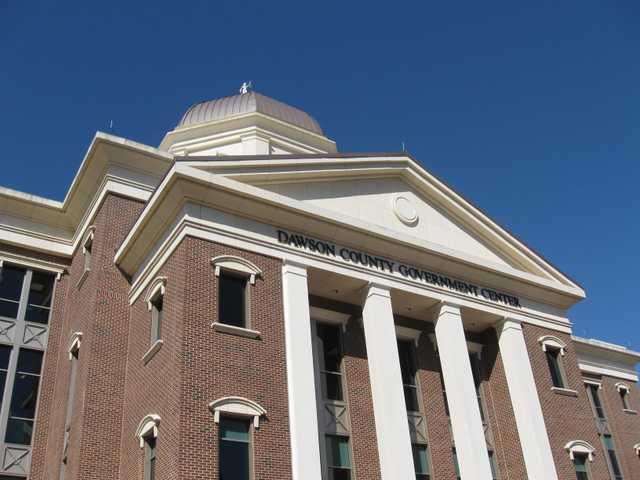 During the November 4 meeting of the Dawson County Council of Commissioners, the commission heard a presentation and a request from the Dawson County Sheriff’s Office requesting funding approval and moving forward with the Prison and courthouse security system upgrade offers.

According to DSCO Major Greg Rowan, security system upgrades have been under discussion since January 2021, when commissioners approved about $ 1.5 million for the sheriff’s office to hire a security system consultant. and begins to evaluate offers for an upgrade to the current security system. .

â€œIt’s been going on for a little while now,â€ Rowan told the board during his presentation. “[Weâ€™ve] is doing some background work and we’re finally about to ask all of you to approve for this to happen.

According to the information package included in the meeting agenda, the current security and control system is installed and maintained by Accurate Control and has been in place since approximately 2007 at the Law Enforcement Center and the prison and since 2011 at the Government Center. Due to the age and obsolescence of the equipment, they are becoming more and more obsolete and difficult to maintain.

Rowan said that since the board approved funding for the project to begin in January, DCSO has hired a consultant from Tanner and Hoskins Consultants, made a list of specifications the system should include, and released a call for tenders in July which received three different proposals from local companies.

â€œWe went through normal procedures, we had a group of people here internally who got together and did the scoring with the various potential suppliers; we all did our independent vote and decided Southwestern Communications (SWC) was the preferred recommendation, â€Rowan said. â€œThey scored the highest; all were close, but SWC seemed like a better overall package.

Rowan says the three companies’ bids, including the one recommended to the board, are above the target price of $ 1.5 million approved in January due to inflation and availability of supply. . Total prices presented to the board include the maintenance contract, but he said maintenance costs would be spread over a five-year period.

Commissioner Chris Gaines asked during the presentation whether or not supply chain issues would affect the ability to acquire the resources needed to complete the project. According to Fred Tanner, the consultant hired by DCSO, supply shortages and chain issues shouldn’t be a problem.

“Computer chips are the biggest problem, there are two companies in the world, both in Asia, that make these chips …” Tanner said. “The camera systems are ready to go.”

Gaines also asked Tanner if there would be downtime during installation when the current security system is offline. Tanner said that while there will be some time when he’s offline, he won’t be for all time.

â€œYou will have areas that will have to cut the wires and remove the old equipment, so that’s part of the phasing,â€ Tanner said. â€œYou can have a housing unit module that has to go down and collect the keys for personal safety reasons, but it’s usually the weekend or the three or four day downtime; we take it apart and allow them to work nights and overtime to finish it.

Tanner said that once the contract is awarded, the first thing they will do is invite the company to discuss planning, phasing, and which area to renovate first. He added that they have made it clear that they want the project to be completed in 270 days, so this will also be discussed with the company.

Commissioner Sharon Fausett asked Tanner what the expected longevity of the new equipment would be once installed. He said part of the contract says the system will be the very latest technology at the time of installation, so the hope is that it can last up to 15 to 20 years with upgrades.

If the commission approves CFC’s submission, the total cost of the project will be $ 2,279,339.40. This total includes the service and maintenance contract, which will represent $ 203,930 of the total and will be payable over a five-year period.

For this reason, Rowan told council that DCSO is asking council to accept the offers received and to approve the contract with SWC for the project, for a total of $ 2,075,409.40. This would include the $ 1,405,500 previously approved by the board of directors, plus an additional $ 669,909.40 from the county general fund balance, to be repaid from the SPLOST 7 funds approved for the upgrade.

The Dawson County Council of Commissioners will vote to approve or deny the DCSO’s request at the next council voting session on November 18.