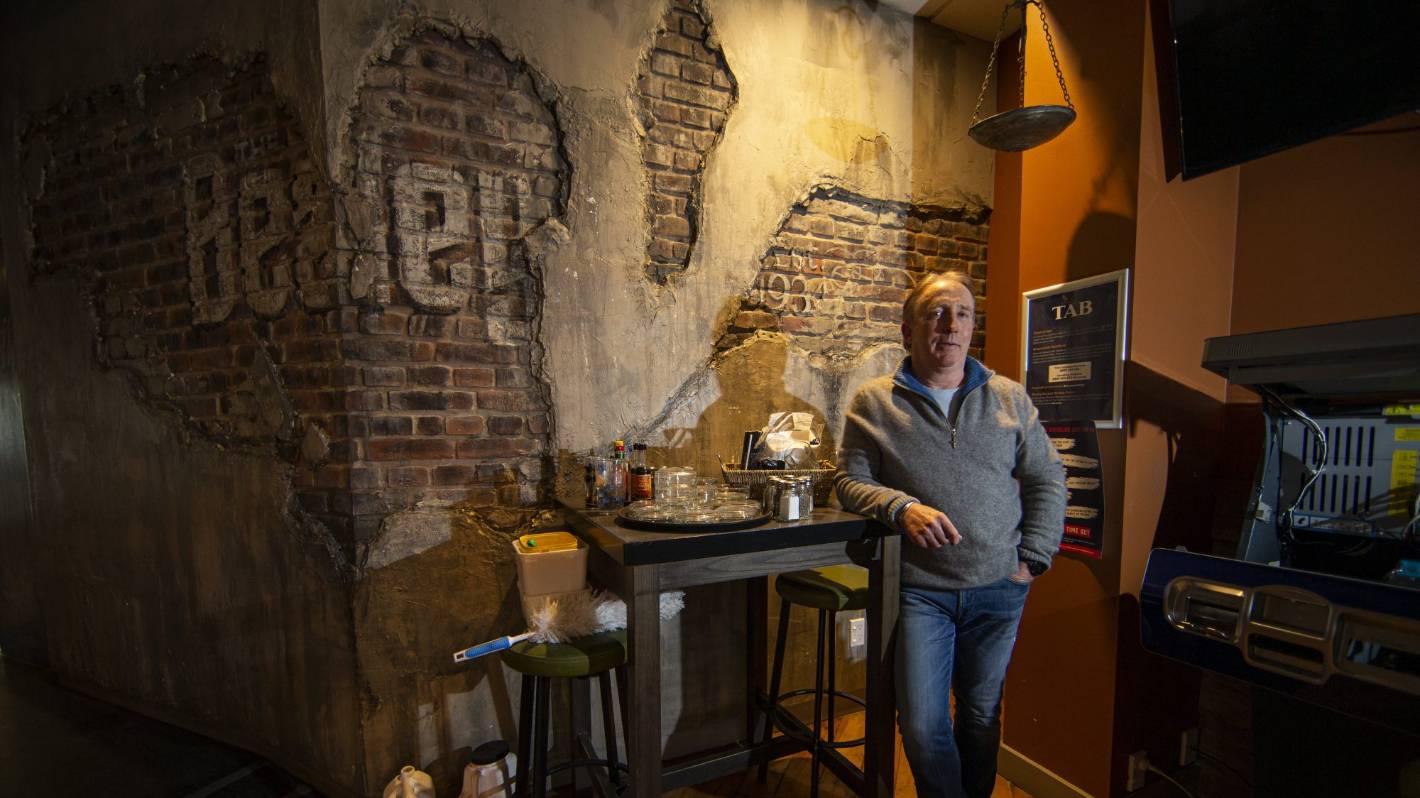 Covid-19: Calls for traffic light system to be removed ahead of Cabinet review

Business owners and hospitality stakeholders are calling for the country’s traffic light system to be scrapped completely ahead of a Cabinet meeting to decide whether parts of the country will turn from red to orange.

The Cabinet will meet on Monday to decide whether the country – or certain regions – can be moved to orange, which would see a return to unlimited indoor gatherings.

Under red light, indoor gatherings with vaccine passes were limited to 200 people.

The restrictions meant hotel owners had to ensure guests were seated and separated from other groups, and guests had to wear masks except when eating and drinking.

For many, including stalwart hotelier and Oxford Group co-owner Max Bremner, policing the restrictions meant they had to hire extra labour.

READ MORE:
* End of the road for Covid-19 vaccine passes would be a belated wedding gift for the bride-to-be
* Recalls could be part of vaccine success, but hotel companies worried about backlash
* Omicron “knocks on our door” as the Kiwis prepare to enter the “red” setting

Bremner said switching from red to orange would save him between $50,000 and $60,000 a week in additional labor and security costs.

He thought it was time to scrap the whole traffic light system.

“It would be much easier for everyone.”

University of Otago (Wellington) epidemiologist Professor Michael Baker said he hoped the traffic light system would be ‘reinvented’ into something more ‘meaningful’.

Baker said the changes to the red light settings had made the system “dark” and that it was not as effective as it could have been because it only covered “part of the human activity”.

He thought raising the limit on indoor gatherings from 100 to 200 hadn’t helped the hospitality industry, and he wondered what the traffic light system was achieving at the moment.

“When do you send a signal that the level of risk has changed?”

The Omicron epidemic has reached its peak and with it the number of hospitalizations has decreased. On Sunday, the seven-day rolling average of positive Covid-19 cases was 13,543, more than 3,000 less than the previous week.

Of the new community cases announced, 1,463 were in Canterbury, 172 in South Canterbury, 57 on the West Coast and 735 in the DHB South region.

With the number of cases falling, co-funeral director Peter Hunter said he also hoped the current system would be rolled back.

Hunter said it was time to “untangle” the parameters and “cope” with New Zealand’s situation with Covid-19.

“It is absolutely time to lift these parameters.”

Hunter said the grieving process had been “turned on its head” by restrictions.

“Families often have to understand that anyone who might want to come [to funerals] feel able to come.

He believed people should be allowed to use their “common sense” to adopt best practices when it came to protecting themselves and others from Covid-19. “We will deal with what is happening and it will be fine.”

The chief executive of the Canterbury Employers’ Chamber of Commerce, Leeann Watson, has urged the government to give clear advice on any changes to the Covid-19 protection framework.

“Companies are more than capable of making decisions to manage the risk of Covid-19 in their workplace, but they cannot do so without clear and concise information,” she said.

“We need it to leave. We have to move forward. It’s been too long now.

The current restrictions, which included who had to be served at the table, were all additional costs that people in the industry did not need, he said.

“Companies suffer from these rules.”

He said people should still be careful and continue to wear masks.

“The number of cases is decreasing. We will be living with Covid for the next year anyway.

Three Steps to Designing a Better Sales System with CPR