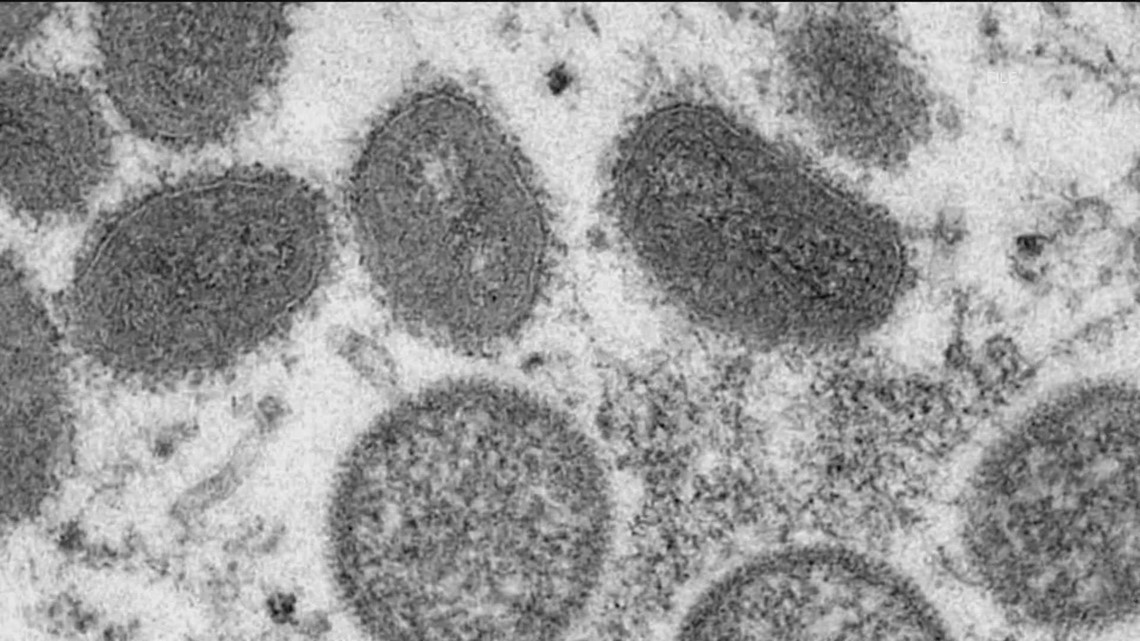 He went to the emergency room three times due to “unbearable pain” and was finally able to get medication that relieved his symptoms at an Austin clinic.

AUSTIN, Texas — An Austin man shares his experience with monkeypox in hopes it will lead the healthcare system to better meet the needs of monkeypox patients and encourage others infected to advocate for their own health.

The man asked that his name not be included.

“By far the worst pain of my entire life,” he explained on a zoom call, as he was still in quarantine.

This Travis County resident first had a fever on August 9. He thought it was side effects from the monkeypox vaccine he had received a few days earlier.

“You know, you think you’re taking the right steps,” he said. “Of course, there’s always something, you can always be more careful, right? Alright, here we are.”

But the symptoms progressed and he developed swollen lymph nodes and pain. A few days later, he developed lesions in several areas and experienced extreme pain.

Since he thought he had monkeypox, from what he had heard and read online, and was in pain, he went to the ER. That’s where he said the doctor told him they never did a monkeypox test, but they would do one for him.

While there he received a text saying he may have been potentially exposed, but the nurses didn’t seem to take it very seriously.

“She said, ‘Oh, I really don’t think it was monkeypox’ as she dabbed at me,” he said of the nurse. “‘If that was the case, I would have to wear full PPE,’ which she wasn’t. So, I was like, okay, this is frustrating. But like, they’re testing me.”

They said the test results would take five days, but now, eight days later, he still hasn’t seen them on the patient portal and hasn’t received a call. He also tried to call. His STD panel he did while he was there came back with the results, and they were all negative.

While he doesn’t recommend doing your own research, he said he felt like he had no choice but to do some research on his own, to find out how others were dealing with their symptoms.

“I was on Reddit, I was on TikTok, I was reading people’s testimonials,” he shared.

He went to the emergency room twice more, saying the symptoms were unbearable. He was hoping to get Tecovirimat, known as TPOXX, an antiviral drug used to treat some cases of monkeypox.

“I was sick, right? I was in a lot of pain. And ideally you would expect, especially going to the ER, that they have at least some knowledge of what they can do. to help you,” he said. “I felt like they just didn’t know what they could do to help me.”

“In fairness to them,” he added. “I don’t think there’s a lot of information out there.”

After four days of severe pain, taking painkillers prescribed by doctors that weren’t working well, and discovering that his potential exposure tested positive for monkeypox, he was granted a telehealth visit with an infectious disease physician at a clinic in Austin, who prescribed him TPOXX.

“As soon as he said he could get it to me that afternoon, I lost it,” he said of the relief he felt.

He said he hopes the healthcare system will learn to care for patients better and encourage patients to advocate for themselves.

“Don’t be afraid to be resourceful, to fight, to find information and to try to defend yourself when you can,” he said.

The Centers for Disaster Control and Prevention (CDC) said patients may be eligible for TPOXX if they have certain severe symptoms or are at risk of severe disease. Austin Public Health said it is following CDC guidelines and currently has enough TPOXX drugs to meet demand.

The Texas Department of State Health Services said that once a person has been diagnosed with monkeypox, their healthcare provider can prescribe the antiviral drug TPOXX if their patient meets the criteria. DSHS added that the provider is working through the local health department to get the courses of antiviral drugs for their patient.

For more information on monkeypox testing and vaccines, Click here. You can also view the options via Community care and kind clinic.

Multiple emergencies are straining the US public health system (CNN-Xinhua)