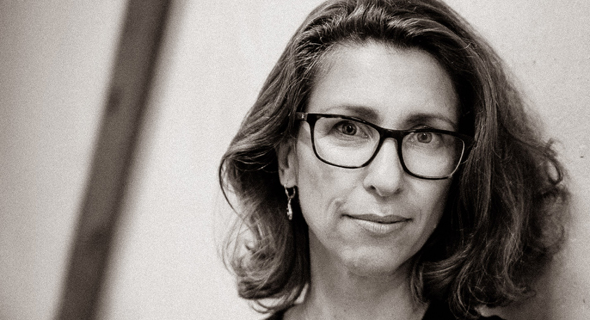 The crisis in schools is an ongoing problem that did not start with Covid and will not end when either wave passes and students “get back to normal”.

Education week
describes what a systemic collapse looks like. 40% of senior district administrators in the United States speak of a difficult situation. Despite the relative improvement in conditions, teaching and operating positions that previously attracted hundreds of interested people remain unanswered or occupied by insufficiently qualified people. As a result, teachers spend their breaks changing classes unsupervised, serving food at the buffet, or driving the shuttle. In dozens of schools, the lack of teaching and maintenance staff has caused a temporary closure.

All the reports and testimonies dealing with the education crisis emphasize that it is not the result of Covid. The education crisis developed here long before, but the plague threw oil on the fire. More and more angry, frustrated and burnt-out teachers are leaving the system, widening the already excessive gap between the demands of the field and the abilities and motivations of schools to fill them. What can we do? Consider a field that deals with a similar problem – medicine. The gap between supply and demand here too – is insane. Contested public medicine, privileged private medicine, and the solutions in this field are sought in the technological world. Millions of startups are churning out solutions that will bring personal, home, personalized, automated, and artificial intelligence-based medicine to life.

Why isn’t this happening in the world of learning? How can there be no apparent demand for innovative technological solutions in areas for which governments are funding colossal sums and for which blue-chip customers are willing to pay hefty fees? Why are no resources allocated to appropriate disruptive solutions? And how come there are so few tech players in this unpaved ground, in this blue ocean, that the so-called disruption of ed-tech doesn’t move a needle?

Meanwhile, on the other side of our ecosystem, an equally serious crisis is plaguing the world of employment. In the United States it was recently reported
that there are 10 million vacancies, a rate of job departures that is the highest since 2000 and a record percentage of companies that are improving the conditions to attract candidates. Israel is fully part of the trend now called Big resignation. While tech companies and startups are offering candidates amazing perks and out-of-the-box perks, vacancies are piling up before the rolling eyes of the younger generation. As organizations do their best to deliver programs that match the aspirations of their potential employees, they use their super-powerful authenticity radar to tell them the truth behind sincere efforts. Sorry, they’re not interested.

The collapse of the education system is not a theoretical question or a phenomenon that occurs in a vacuum. It produces the reality that employers face every day – a disappointed generation that doesn’t believe in promises and doesn’t bite the lure like previous generations. Generation Z is not interested in what previous generations have to offer. Immersed in their screens, they seek balm and escape. Can we blame them? Or should we take responsibility for the offering and change not just the details but the entire operating system? They intuitively know this system and have never accepted its terms. They won’t be a pair of eyeballs (a digital marketing term that quantifies people’s exposure to ads), unique users, or just a pawn in the system. They don’t want to work in companies that treat them like this and ignore their real, current and future needs.

In the world of employment, people are already beginning to realize that change is needed. To grab Gen Z’s attention, earn their respect, and get them on board – you need to move from empty promises to clear, immediate, and positive value for them and for the world. Successful companies rethink their strategy, commit to goals, take corporate responsibility and prioritize activities that have real impact. Companies around the world are embracing the Global Goals set by the United Nations General Assembly as part of their new branding and employer branding. These entities understand that this is their only chance to remain relevant to the younger generation of employees, customers, business and non-business partners. They have to enter a new world that is not only motivated by money.

Two sides of the same coin

Learning is the start of personal development that will continue in the workplace. Change in education must therefore begin with the deployment of the knowledge produced in the world of employment. To restore the trust of employees and students in the system, the objectives of education must be readjusted to the reality of 2022 – in terms of student-system relations; in terms of attention to the individual, whether teacher or student; and in terms of the set of values ​​that the education system promotes. Education is not a bubble that needs to be treated separately, as defined by the United Nations (Goal 4), but rather the first place to implement the Sustainable Development Goals as a basis for further implementation in workplaces and institutions.

The link between the world of studies and that of work has existed for a long time. Companies like Microsoft and Google are integrating their software into schools, startups and other tech companies, working with academies and generating early customers who will be their ambassadors in their future ventures. In higher education, various companies are looking for outstanding students to join their team. But note that the primary interest has always been that of businesses. Judging by what is happening in the world of employment, this picture is about to change. For centuries the market was dominated by brands, companies, academies and other institutions – but now it is becoming a student market. Institutions that do not change their goals and update their policies will lose their students to those that do. It’s an optimistic message – because it necessarily means change. A dramatic.

Yael Shafrir is co-founder and CEO of ReShuffle, a teen self-development platform.

The CEO of the health system listens to doctors. He has to, it’s his family.