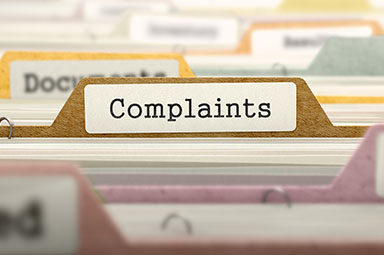 After a three-month trial process last year, the AFCA, a non-governmental ombudsman service, has now adopted merit assessment as a permanent part of its internal process for assessing complaints at the initial stage of case management.

And if a complaint is found to be unsubstantiated, the AFCA has the discretion to “exclude” the complaint under its rules.

According to the AFCA, merit review also significantly improves its productivity by essentially cutting the time it takes to resolve some cases in half, and the fees charged were up to 75% lower.

Reducing the price of the service to this extent was a significant catalyst in AFCA’s decision to incorporate merit review on a permanent basis, making it an attractive feature for customers who might otherwise be put off by the potential costs that could strain their budget.

AFCA chief operating officer Justin Untersteiner said the pilot project was a direct response to member feedback that the cost of paying certain determinations – the final, formal decision-making stage of the process – may outweigh the value of the initial service or product that was provided.

“Companies told us that meant they sometimes made the business decision to accept the complaint based on cost, regardless of the merits of the case,” Untersteiner said.

He said the problem was exacerbated by the conduct of a small number of third-party paid representatives using “questionable tactics”, with complainants refusing to consider reasonable resolution in the early stages of the AFCA process.

According to the AFCA, complaints that raise more complex issues, with significant documentation involved, would still require investigation to reach an opinion on what most likely happened.

“The balance is making sure we don’t close complaints that are founded. Sometimes the only way to determine that is to investigate further,” Untersteiner said.

The creation of the merit review follows the publication of an independent review of its financial dispute resolution service, which resulted in 14 recommendations, including recommendations 4 and 7, which addressed the misconduct of certain lawyers remunerated and aimed to ensure that the AFCA’s funding model did not deter companies from defending complaints.