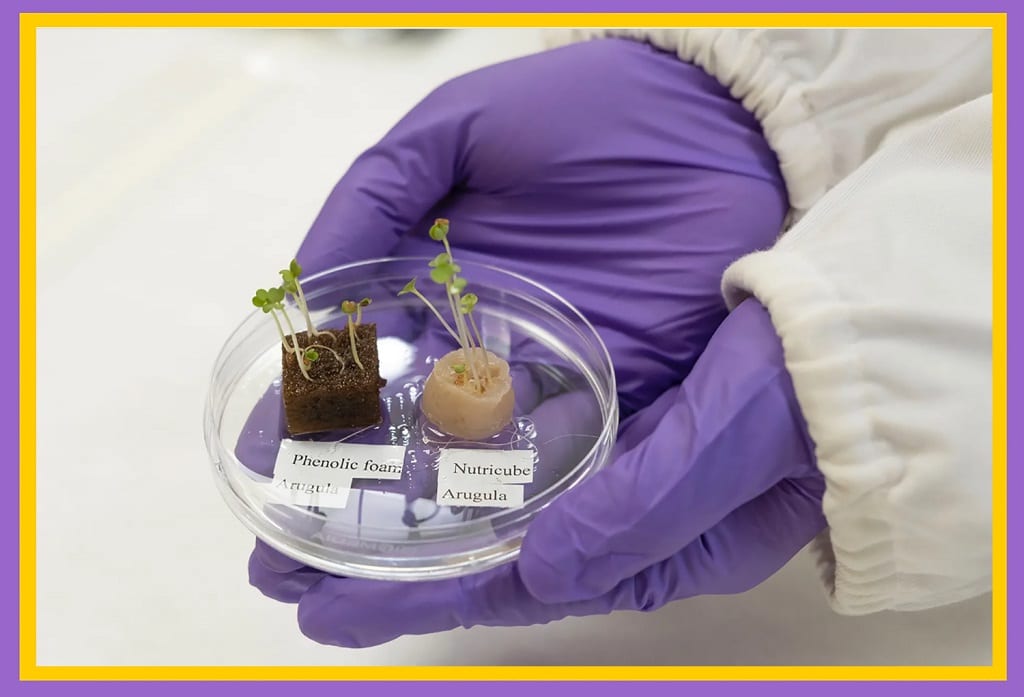 Hydroponic farming requires no soil, less land and more water than conventional farming methods. However, a growth medium is still needed, and researchers have developed a new and improved one using discarded human hair.

The chemical composition of human hair is mainly made up of keratin-based substrates (95%), a tough protein made up of smaller building blocks called amino acids. These acids can bind to other nutrients and release them over time, in addition to promoting plant development on their own. For these reasons, keratin has the potential to be an excellent hydroponic growing medium. However, he does not have the strength to create a substrate capable of supporting plants, at least not without help.

To fill this gap, researchers from Singapore Nanyang Technological University (NTU) collected haircuts from salons, extracted keratin from them, and combined it with cellulose fibers from wood pulp. The concoction eventually dried up and turned into a spongy substance. Subsequently, it was used as a hydroponic growth medium for arugula and bok choy.

In addition to supporting plants and promoting plant growth, this material has also been found to be very successful in attracting and retaining the water-based fertilizer solution used in the hydroponic system. Specifically, it had a water-holding capacity of 40 times its weight, comparable to today’s commercial growth media.

While these other mediums take months to break down, the keratin-based substance biodegrades in as little as four to eight weeks, turning into valuable plant fertilizer. Although this would increase the frequency with which it needs to be replaced, it would be worth it as it would have no lasting adverse effect on the environment once discarded.

Additionally, compared to plants grown in conventional media, those planted in the keratin medium developed longer roots, allowing them to absorb more nutrients and water. Other sources could probably be used if there isn’t enough recycled hair to create the medium on a commercial scale. The demand for hydroponic farming is increasing as large-scale farming becomes more popular. However, obtaining a sustainable supply of keratin as a raw material can still be difficult.

“In addition to hair, animal husbandry produces large amounts of keratin in the form of bio-waste, as it is found in abundance in wool, horns, hooves and feathers. Since keratin can be extracted from many types of agricultural waste, the development of keratin-based hydroponic substrates could be an important strategy to recycle agricultural waste in the context of sustainable agriculture.

The research was published on August 24, 2022 in the ACS Sustainable Chemistry & Engineering log.

SOUND OFF: Transforming our healthcare system to put people first